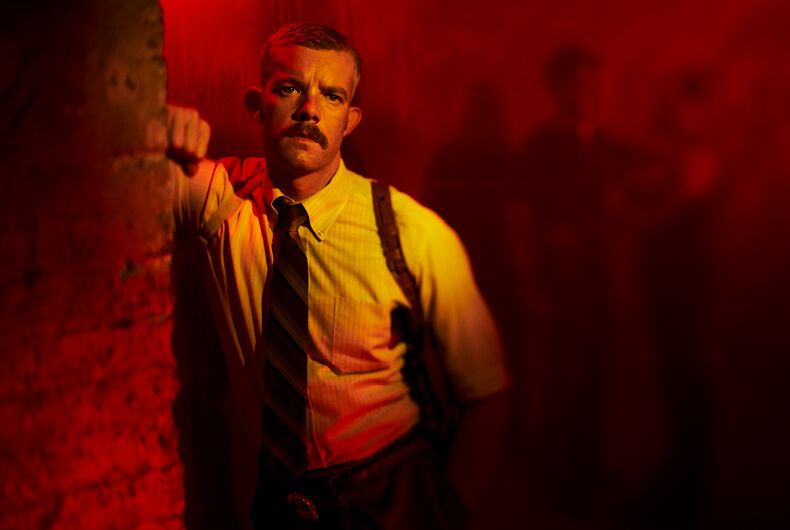 The 11th season of American Horror Story premiered last night and, in case you haven’t heard, it is gay, gay, gay.

Obviously, most installments of Ryan Murphy and Brad Falchuk’s horror anthology series have been pretty gay, but this one is possibly the gayest yet.

The new season, subtitled NYC, takes place firmly within the world of the city’s early 80s gay scene. FX dropped the season’s first two episodes last night, and after watching the premiere I, along with fans on Twitter, have some thoughts.

Here’s what’s happening this season, because FX was super cagey about it ahead of the premiere: It’s 1981 and New York’s gay men are being menaced by both a serial killer and a scary new virus. So at first glance NYC feels a lot like a mashup of Cruising, the 1980 thriller starring Al Pacino, and And the Band Played On.

Except the virus isn’t HIV, it has something to do with the mangy deer on Fire Island, which Billie Lourd’s scientist character Hannah is investigating.

Meanwhile, this is the killer:

im sorry but is that austin wolf? #AHSNYC pic.twitter.com/m7Ni3TRivB

And no, it is not noted adult film performer Austin Wolf. That is definitely Bane, the Batman villain. The show wants us to call him “Big Daddy,” but we will not be doing that because that man is 100 percent Bane.

I KNOW Ryan Murphy's gay ass is NOT doing a whole season about the gays being killed after we done watched Dahmer have a Caesars Palce buffet of us on Netflix chile 😒 #Ahs11 #AHSNYC #AmericanHorrorStory pic.twitter.com/6fAcVAdTmM

So while Hannah is off investigating the deer virus—which I assume is also not Lyme disease—Russell Tovey plays closeted detective Patrick Read, who is in a relationship with very out journalist Gino Barelli (Joe Mantello). Both of them are investigating the murders of gay men around the city. Patrick also has what we are led to believe are some very dark secrets in addition to being closeted.

Some thoughts: first, I’m not sure I’ve ever heard Tovey do an American accent before, and he’s doing a pretty good job! Second, are we supposed to suspect him of possibly being Bane? Because I’m not sure he—or really any of the main characters we meet in the premiere—are muscly enough to be Bane. (Alternative subtitle for this season: And the Bane Played On.)

Also, Patrick being closeted causes all kinds of strife in his relationship with Gino, and at one point they have a big fight in which Gino is like, “Why do I stay with you?” And Partick just looks at him all sexy and responds, “I am very good in bed.” Which, as much as I do genuinely like Tovey as an actor, definitely reminded me of that time years ago when Tovey said something about how proud he was that his dad raised him to be a hot masc dude, or something to that effect. Which, fair or not, also made me think, “Jeez, hot masc gays can fully get away with murder!”

More thoughts: It is wild that this show named the faux Mapplethorpe’s evil boyfriend “Sam,” just like the real Mapplethorpe’s real longtime patron and “companion” Sam Wagstaff. I wonder whether Patti Smith is going to see this and what she might think.

Also, Powell’s bod just made me very aware of the anachronism of all the 2022 gay muscles in this 1980s context.

While Powell is mixed race and Kal Penn guests as Patrick’s cop boss, Twitter has not failed to note the lack of diversity amongst the main cast so far:

So this season is basically about what the YT gays were up too in during Pose… #AHSNYC pic.twitter.com/7ItAoiyMoJ

Ryan Murphy were is the black gay men at. #AHSNYC

In possibly the most thought-provoking – or maybe just provoking, period – moment of all, Denis O’Hare shows up as a boozy older queen named Henry who says super judgmental and vaguely homophobic stuff like: “Do you think the gay men of this city are going to change their ways and start protecting themselves against a danger?” and “Predators thrive on decadence and excess” and “How can the darkness not feel welcome” in gay bathhouses and sex clubs. This seems ill-timed seeing as gay dudes just basically single-handedly tamped down the monkeypox outbreak in the U.S.

Final thoughts: great to see Patti Lupone is still working; and this is a very interesting theory!

#AHSNYC theories/spoilers:
I’m calling it now, ‘Big Daddy’ is a hallucination caused by being exposed to the virus. Still unsure who’s behind the murders though

Out State Senator Tiara Mack has already made history in Rhode Island. She’s not finished yet.