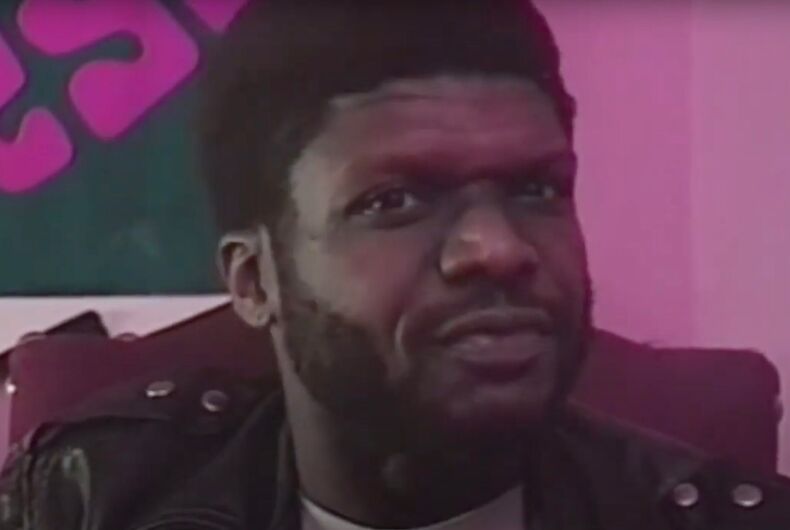 Long before the pulsating sounds of EDM and techno were synonymous with mostly white Los Angeles and Brooklyn DJs with names like “Wisso” and “Jonny Bizzle”, Black gay men in urban centers like Chicago and New York took to house music in underground clubs to find joy and acceptance.

But somewhere along the way, we lost the music. Over time, we were replaced as both the consumers and the creators. This shouldn’t come as a surprise to anyone; look at rock n’roll (see: Sister Rosetta Tharpe) and country music.

But maybe we can get it back, or at the very least, pay homage to our forefathers and proudly proclaim that house music IS Black music. QUEER, Black music. It is time to reclaim the throne.

Earlier this summer, when Beyonce released Break My Soul (featuring New Orleans gay icon Big Freedia for a second time) as the lead single for her seventh studio album, Renaissance, a vocal community of influencers and scholars have made it very clear that Bey didn’t re-invent the wheel; she is simply returning us to our roots.

One such scholar is music historian and archivist DJ Lynnée Denise, who has written extensively on the subject and said in Harper’s Bazaar that “the ballroom culture surrounding house music provided a sanctuary for people who were kicked out of their homes, shamed into silence, and at times shunned by churches, mosques, and cathedrals.”

That level of acceptance, the found family, was one of many driving forces behind house music and its predecessor, disco.

You can’t talk about house without first talking about disco. The 1970s was a time of unprecedented change for queer communities around the United States; a post-Stonewall America looked brighter and more optimistic. Disco, born on the queer dance floor, was the perfect soundtrack for this era.

What started as an offshoot of Philadelphia Soul, a Black-created sound that influenced some of the biggest hits of the 1970s, was quickly adopted as the nighttime music and fashion of choice. There’s a reason Studio 54 is a flagship memorial to the 1970s; it was a cultural phenomenon.

As the excess of the 1970s began winding down, there was a sharp and almost instantaneous turn against disco. Some point to the 1979’s “Disco Demolition Night” as THE moment in time when disco died.

But it was more than that. Chicago radio DJ Steve Dahl, who had been fired from his morning show when they made the switch to disco, took to wearing army fatigues and using terms like “anti-disco army” in the months leading up to the disco demolition night. Dahl openly hated disco, and he hated the “culture” around disco. When he got the chance to gather 50,000 people in the White Sox stadium on July 12, 1979, chants of “disco sucks” quickly turned into violence and mayhem, with 39 arrests before the night was over.

Dahl, who was only 24 years old at the time, was upset that disco didn’t cater to white men like him. He didn’t feel “at home” in the fast-paced, dance-driven, joyous euphoria of disco, so he made it his personal mission to destroy it.

But you can’t keep a good gay down, and where disco left off, house music stepped in. DJ Frankie Knuckles said it best: “House Music is Disco’s Revenge.”

From Chicago, With Love

Knuckles, whose birth name is Francis Warren Nichols, Jr., is often acknowledged as the “Godfather of House Music.” He was among the first to layer pulsing drum machines, Euro-synth pop tracks and the then-hugely popular disco classics to create the basis for what we still hear today.

Based on her studies, Denise asserts that early 1980s Chicago is the birthplace of house music, and at a pivotal time, too. Around the same time that Knuckles was innovating his sound, the first AIDS cases were identified in Los Angeles. House music, and its associated clubs and parties, became dens of acceptance and escapism.

As the AIDS epidemic grew, so did the need for escapism in the form of music. Denise writes, “the war on drugs and addiction, coupled with dangerous freedom marked by a lurking ‘big disease with a little name.’”

Could that be why the Black queer community so easily relinquished house music? Because it was a painful reminder of an era that saw lives lost and ruined, marked by addiction and a disease that wiped out entire found families? We can only theorize on the why, but we know for sure that at some point, cisgender white men got hold of a synth machine and a Macbook, and they’ve been holding house music hostage ever since.

Electronic dance music (EDM), the younger cousin of house music, has emerged as one of the most commercially successful music genres in the world. Surprisingly, though, it doesn’t seem to be very LGBTQ-friendly and is not diverse at all.

Most, if not all of the biggest names in EDM are straight, cisgender, white men: Skrillex, Calvin Harris, David Guetta, etc. For a genre that takes elements from several different queer-led music genres, EDM sure does seem pretty…straight. And it’s a far cry from the gay, Black men who created house music.

When Queen Bey unveiled her latest single (right on the heels of Drake’s heavily house-inspired album that was received much differently) earlier this summer, it was a breath of fresh air. Not only because of the anti-capitalist undertones that perfectly match a generation tired of work with no reward, but because it was fun. It was joy, it made you dance and feel.

But that’s what house music has always done; it makes you feel when nothing else can, to dance like everyone and no one is watching. It’s an invitation to belong, to be a part of something good. Just like our forefathers and mothers of yesteryear, the queer Black community is still in need of that good something, and there’s still time to return to house music to provide it.