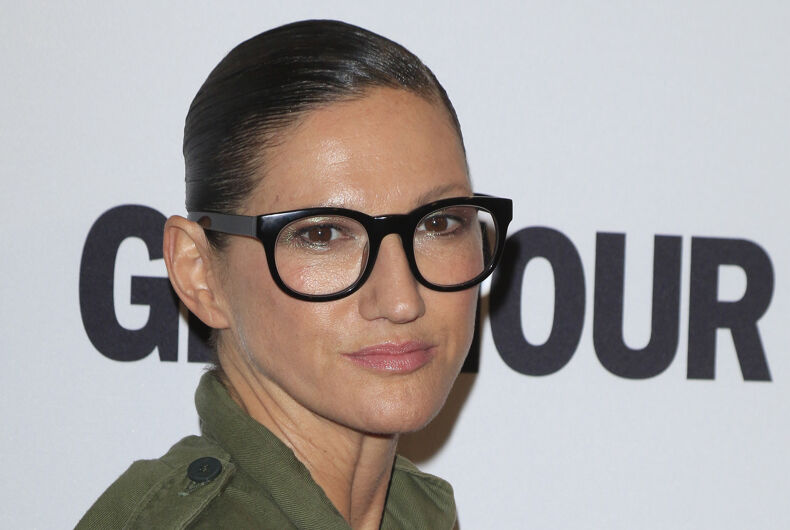 Former J.Crew president and creative director Jenna Lyons has joined the cast of the upcoming 14th season of The Real Housewives of New York. She’ll be the first openly LGBTQ “housewife” to star on the show and only the second in the long-running Bravo reality franchise’s history.

Lyons, who was famously outed by The New York Post in 2011, was among the seven cast members announced over the weekend at BravoCon, and is almost certainly the most notable.

On Monday, she confirmed the news via her Instagram stories, saying that she planned to “blow some fresh air in this stale franchise.”

“I know this is a really unusual and unexpected thing,” she admitted, thanking everyone for their kind messages.

As The Cut notes, The Real Housewives of New York has been on an extended hiatus since its 13th season, which aired in 2021. Bravo appears to be giving the series something of a soft reboot, airing Season 14 in two parts in 2023. One will feature “classic” members of the RHONY cast who haven’t been announced yet, while Lyons will appear alongside the all-new cast.

Lyons isn’t new to reality television. After leaving her role at J.Crew in 2017, she launched the unscripted series Stylish with Jenna Lyons, which streamed for one season on HBO Max in 2020.

In a 2021 essay for The Cut, she described being outed publicly at the age of 43 during a J.Crew meeting: “I was running a pretty large meeting. I was standing in front of the room, and I get a call over the intercom. The heads of marketing were on the other end, and they said, ‘We have a call from New York Post. There’s a report that you’re seeing a woman — should we confirm or deny?’”

“You have to imagine: I’m standing on the phone with a whole room full of people and I can feel their eyes on me. And I’m like, literally six weeks into this totally new relationship. I heard the word ‘confirm’ come out of my mouth. It wasn’t like I was confirming that I was gay or that I was bi. The truth was, I was seeing a woman, so yes, confirmed. I wasn’t going to lie about it. And then it just kind of snowballed.”

She was also at the center of a minor controversy in 2011, when she painted her then three-year-old son’s toenails hot pink for an item in J.Crew’s catalogue.