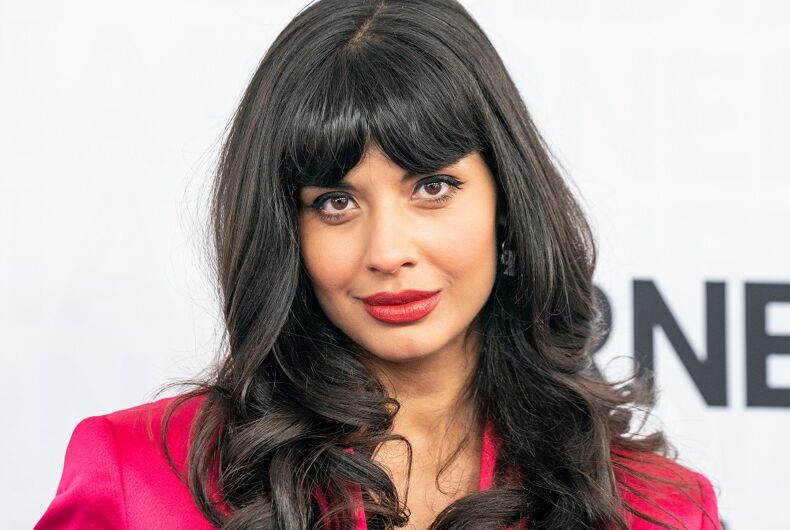 Jameela Jamil is criticizing the Metropolitan Museum of Art’s Costume Institute for its upcoming exhibition honoring the late Karl Lagerfeld.

Vogue announced last week that the iconic designer would be the subject of next spring’s exhibition “Karl Lagerfeld: A Line of Beauty,” and that his work would be the theme of the 2023 Met Gala.

Jamil, however, took to Instagram to express her outrage that the museum would honor Lagerfeld, who died in 2019, despite his well-documented history of controversial statements.

“This man… was indeed, supremely talented,” Jamil wrote, “but used his platform [in] such a distinctly hateful way, mostly towards women, so repeatedly and up until the last years of his life, showing no remorse, offering no atonement, no apology, no help to groups he attacked… there was no explanation for his cruel outbursts.”

“Those groups were women who were sexually assaulted, the entire me too movement, gay couples who wanted to adopt, all fat people, specifically fat women, and some of his greatest harm was against Muslim refugees, and the disgusting way he spoke about people fleeing their homes for fear of their lives.”

“If you don’t want your pants pulled about, don’t become a model! Join a nunnery,” he reportedly told Numero of the #MeToo movement in 2018.

Jamil also included a quote from a 2013 article in The Guardian that described Lagerfeld as “less keen” about gay couples adopting children.

Lagerfeld, who claimed that his 15-year relationship with French aristocrat, model, and socialite Jacques de Bascher was never sexual, expressed complicated, at times seemingly capricious views on LGBTQ rights during his lifetime. He supported marriage equality in France, even sending a pair of brides down the catwalk together in a 2013 runway show.

But as told Vice in 2016, he was personally against the idea of gay marriage, a choice he saw as “bourgeois.” He was also expressed misgivings about gay couples adopting children.

“Why is THIS who we celebrate when there are so many AMAZING designers out there who aren’t bigoted white men?” Jamil wrote. “What happened to everyone’s principles and ‘advocacy.’ You don’t get to stand for justice in these areas, and then attend the celebration of someone who reveled in his own public disdain for marginalized people.”

Lauren Boebert could lose: Poll finds her in “statistical tie” with opponent