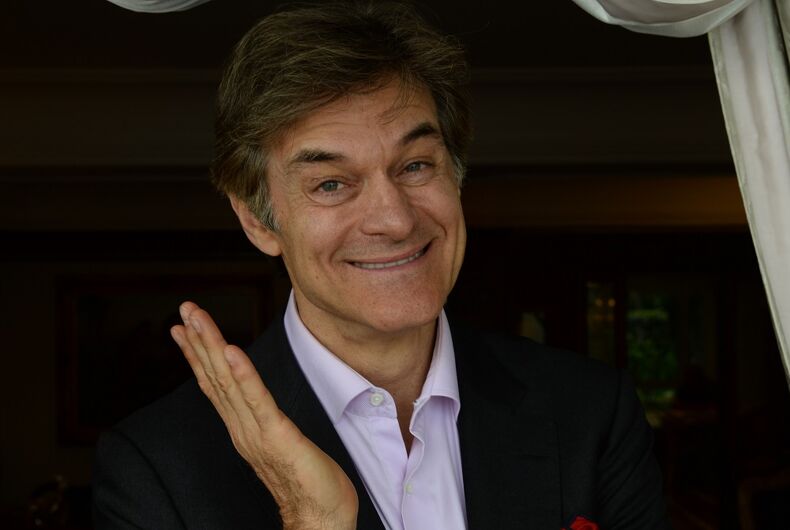 GOP Senate candidate in Pennsylvania Mehmet Oz said that abortion is a decision that “local political leaders” should be involved in.

The only debate that he will have against Democratic opponent John Fetterman took place last night, and Oz articulated his position on abortion when asked if the federal government should ban abortion nationwide.

“I want women, doctors, local political leaders letting the democracy that has always allowed our nation to thrive, to put the best ideas forward, so states can decide for themselves,” Oz said at the debate.

“If you believe that the choice for abortion belongs between you and your doctor, that’s what I fight for,” Fetterman said on the matter.

Here are their positions on abortion in one clip pic.twitter.com/hXkC5MoMcj

Oz describes himself as “100% pro-life” on his Senate campaign website. In a video, he says that abortion is the same as “killing” a baby and that a zygote is an independent human being at “conception.”

But he hasn’t always articulated that view all that clearly. Last December – before the Republican primary election – Fox News’s Will Cain asked Oz “What do you think the laws should be on abortion?”

At the time, he said that he believed in exceptions for rape, incest, and “the health for the mother.”

Cain pressed him on how early abortion should be banned: “What is your position as both a doctor and a senatorial candidate when life begins? When should we draw the line when abortion is legal?”

“As a doctor, I appreciate the sanctity of life. And for that reason, I’m strongly pro-life with the three exceptions I’ve mentioned. That’s how I would vote.

Cain pressed again, and Oz again stressed that he’s “pro-life” and that he believes life “begins when you’re in the mother’s womb.”

Cain noted that “that carries you all the way up to nine months of pregnancy,” but Oz just said that it doesn’t before he dodged the question again: “It’s a rathole to get trapped into different ways of talking about it. We need as a nation to make sure the Constitution is appropriately followed. And people like me and you may be in the same camp, who are pro-life, have our feelings respected. And this is something that should not be taken away from us by judiciary legislating from the bench.”

Fetterman is currently polling slightly ahead of Oz, according to Real Clear Politics‘ average of polls.

GOP candidate slammed at debate for obsession with book-banning