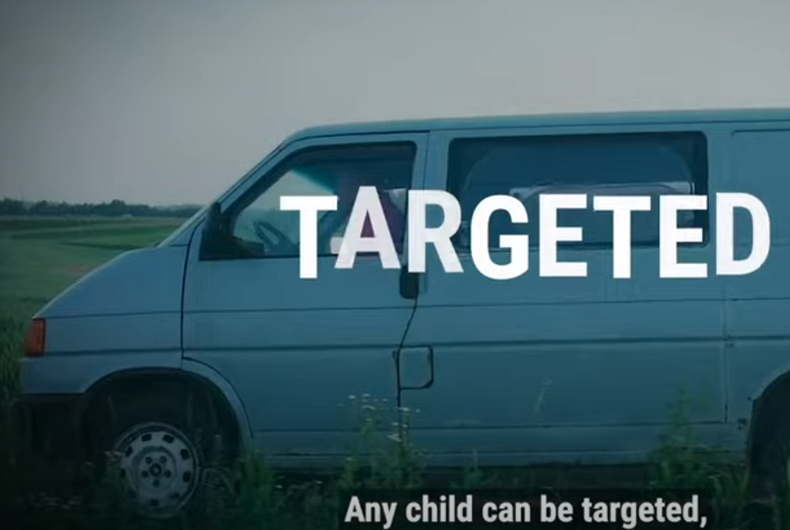 A scene from the adPhoto: Screenshot

Two hard-hitting ads are being aired in Ohio that blast Republicans’ attempt to pass a bill banning transgender girls from participating in school sports.

In June state house Republicans passed H.B. 151, which contained a measure to ban transgender girls from participating in school sports. It said that if a female student-athlete is “accused” or “suspected” of being transgender, then she can be made to undergo an examination of her genitalia, hormone levels, and DNA.

“This is truly bizarre medically and nonsensical, but looking at it practically, this bill means that if anyone decides to question a child’s true gender, that child must undergo a sensitive exam,” state Rep. Dr. Beth Liston (D) said when the bill passed the state house. The bill never passed the state senate.

Campaign for Our Shared Future, a 501(c)(3) non-profit organization that works on education policy, has released two ads in Ohio attacking the state legislature for passing the bill.

“Ohio lawmakers are trying to legalize child sexual assault in sports,” a voiceover says. “And they tried to hide it from us.”

“Any child can be targeted, victimized, and scarred. Keep Ohio lawmakers’ hands off our children.”

“If your daughter wants to play middle school soccer, radical Ohio politicians want to know about her genitals,” the voiceover says in another ad from the organization.

“This [bill] was particularly egregious and we need to make sure families understand what this bill is asking,” Campaign for Our Shared Future executive director Heather Harding told the Columbus Dispatch. “I have a middle school daughter. She plays volleyball, and I would never want her subjected to this kind of physical exam.”

The group isn’t allowed to campaign for or against specific politicians, so the ads just referred to lawmakers. Harding said she believes the ads can appeal to parents on policy grounds.

“This is about culture wars and fear mongering,” she said. “This is not about ensuring we have high-quality schools for all kids. Anyone who is horrified about children being inspected, we would work with them.”

“We are pleased to see ads from COSF that shine a clear light on how bills like this hurt all kids,” said Maria Bruno, public policy director at Equality Ohio. “We also know that LGBTQ+ kids, and especially our transgender youth continue to be the most vulnerable targets of such harmful legislation.”

Gay icon Leslie Jordan has died at the age of 67

Adm. Rachel Levine has been elected to the National Academy of Medicine