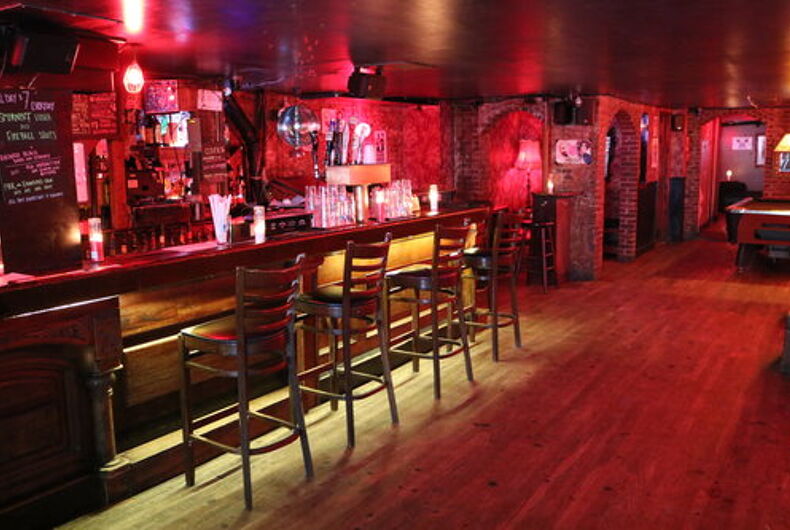 “Two dead, one injured in gay bar shooting by extremist” screamed the headline of the latest shooting at an LGBTQ nightclub, this time in the Teplaren bar in Slovakia’s capital city of Bratislava. The subheading announced that “The local LGBTQ group called the attack ‘the result of a long and systematic campaign against them by state officials, churches, and extremist groups.’”

The shooter killed two young people and injured one other person. Reports indicate that the suspected shooter was found dead the following day.

When any society defines the “other” as less than human, as disposable, as dangerous, as predatory, that society invariably commits acts of violence and, in some instances, genocidal extermination.

It is not random or coincidental that violence against LGBTQ people often occurs outside or within nightclubs. As marginalized and oft-hunted people with few other places to meet one another, clubs, pubs, and bars have been popular options.

Since the early to mid-19th century, a linear history of homosexuality, bisexuality, and gender diversity predominately in the West begins with the formation of a homosexual and gender “identity” and expression and a sense of community brought about by the growth of industrialization, competitive capitalism, and the rise of modern science, which provided people with more social and personal options outside the home.

Within the last 160 or so years, there has been an organized and sustained political effort to protect the rights of people with same-sex and more-than-one-sex attractions, and those who cross traditional constructions of gender identity and expression.

Even before the rise of industrialization in England, the first documented fairly organized network of men in the West gathered together for company and sexual encounters. From around 1700 – 1830, a series of houses or pubs, later called “Molly Houses,” catering to the needs of these men were established throughout London.

Some of the “houses” consisted of private rooms in taverns, while others were in private homes. Many of these houses were raided by police, the men tried, and some were executed.

In the United States, homosexuality was illegal until 1962, when Illinois became the first state to decriminalize it. In the 1930s, for example, laws banned licensed bars from serving homosexuals in New York state. Penalties included revocation of the bar’s license to operate.

In Columbus, Ohio, for example, a law forbade anyone from appearing in public “in a dress not belonging to his or her sex.” It was not overturned until 1974. Some laws mandated the wearing of at least three articles of clothing traditionally considered “appropriate” to one’s sex assigned at birth. In addition, the mere presence of homosexuals in a bar constituted a “disorder.”

FBI Director, J. Edgar Hoover, warned in 1936, “The present apathy of the public toward perverts [homosexuals] generally regarded as ‘harmless,’ should be changed to one of suspicious scrutiny. The harmless pervert of today can be and often is the loathsome mutilator and murderer of tomorrow…The ordinary offender [turned] into a dangerous, predatory animal, preying upon society because he has been taught he can get away with it.”

Many believe that Hoover had a “relationship” with his longtime companion Clyde Tolson.

Not until 2003, in Lawrence v. Texas, did the Supreme Court strike down remaining laws against consensual adult same-sex sexuality.

Because LGBTQ people had few indoor options other than clubs to congregate, these spaces have been sites of harassment and violence.

What kind of country and what are the conditions that empower people to spray bullets into human bodies at Mother Emanuel AME Church, Walmart in El Paso, Tops Supermarket in Buffalo, Sandy Hook and Uvalde Elementary Schools, Tree of Life Synagogue, Pulse nightclub, and so many other places?

The United States is not the only country that suffers from gun violence, as evidenced by the murders in Slovakia, but the United States “leads” the world as the country with the most civilian guns, with 120.5 per every 100 people. The next nation, the Falkland Islands, comes in at 62.1.

As the popular expression asserts that “elections have consequences,” after all the elections so far, we still do not have effective, comprehensive commonsense gun laws in the United States of America. When will legislators determine that enough is enough?