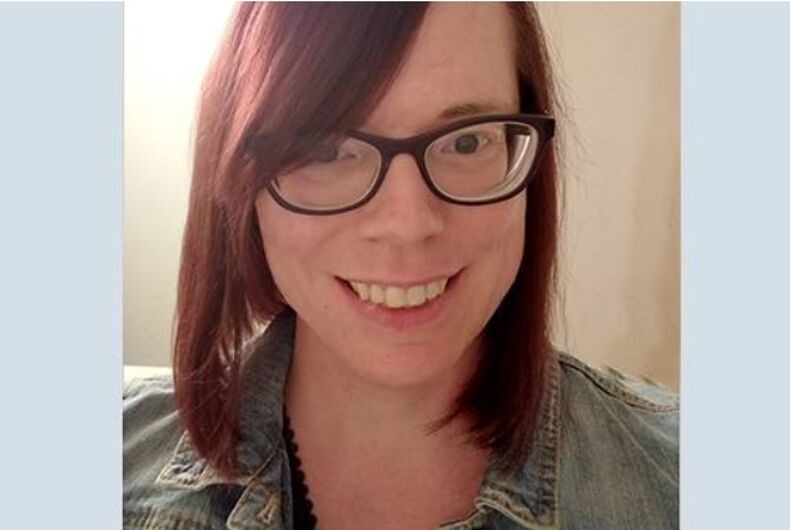 When Jennifer Eller first began transitioning in 2011, she was an English teacher in Kenmoor Middle School in Maryland. That year, the students began calling her a pedophile. A human resources worker said that her therapist’s note about her transition was “garbage” before insisting that Eller present as male at the school. Another administrator told her not to wear skirts because it’d make others feel uncomfortable.

Eller transferred to Friendly High School, thinking things would get better. They got worse.

Students and parents repeatedly called her a tr***y and a pedophile and misgendered her. Students regularly called Eller “mister,” a “he/she,” an “it,” and “a guy in a dress.” They asked about her genitals. One threatened to rape her and make her “their girlfriend.” She reported the rape threat, but the school principal said he couldn’t do anything about it.

One parent who accused Eller of “lying to everyone” about her gender came to school to yell at her. The parent had to be removed by school security.

Eller said she filed formal harassment and discrimination complaints with school officials. In response, school officials retaliated against her, she said. The school removed Eller from teaching an advanced English course, accusing her of being too friendly with students. Later, administrators and staff baselessly accused her of shouting at students and making them fear for their safety, Eller said.

She eventually resigned from teaching in 2017, citing a need to protect her own mental and physical health. She later filed a complaint with the federal Equal Employment Opportunity Commission (EOCC). The EEOC determined that Eller’s claims had merit. She then filed a lawsuit against the Prince George’s County Public School district in 2018, stating that officials had done nothing to stop or address the transphobic abuse.

The school district recently settled with Eller for an undisclosed amount. The district also put into place policies and administrative procedures for handling future transphobia. These changes were part of the settlement agreement, The Washington Post reported.

The procedures include the use of Safe Schools software for managing sensitive incidents as well as a “Welcoming Schools” anti-bullying program created by the Human Rights Campaign.

“If these policies had been in place when I started my process,” Eller told the Post, “I would have known what my protections were and what I can expect from folks. And that’s not to say everybody’s perfect or that everyone would follow it. But I think that it would have been different. I think it would have been a healthier environment for me.”

More than one in four trans people have lost a job due to bias, and nearly 75 percent have experienced some form of workplace discrimination, according to the National Center for Transgender Equality.

Eller currently works as part of the U.S. Navy’s Child & Youth Programs where she is treated with respect, her lawyers said. However, working there, she only earns a fraction of what she made as a teacher.