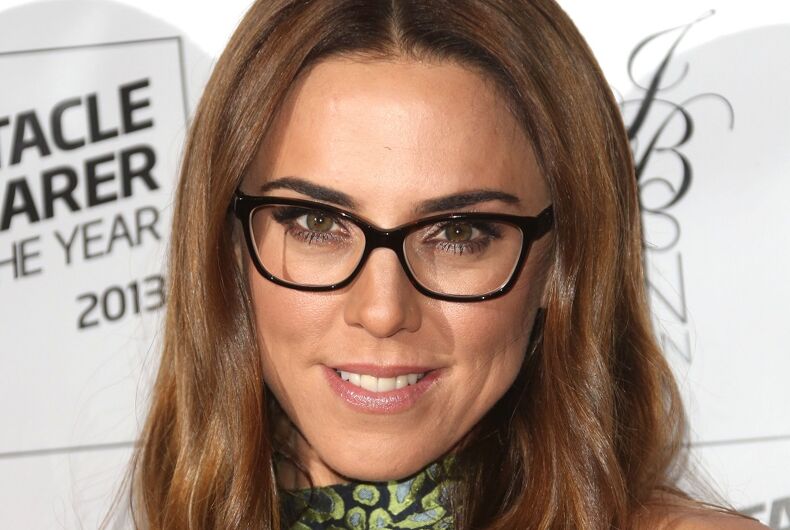 Sporty Spice Melanie C says “we are caricatures of our nicknames,” and she’s OK with that now.

Real name Melanie Jayne Chisholm, she opens up in her new book, The Sporty One: My Life as a Spice Girl, about life with 90’s super group.

“Mel B will be in leopard print, and I’ll be in me trackies,” Mel C told the Heat magazine in an interview about the new memoir. “If anyone ever doubted it or felt that it was a marketing idea, if you spent any time with us, you’d be like ‘No, they literally are what they say on the tin.'”

Mel C’s athletic image led to speculation that among the variety pack of personas the girls represented, Chisholm’s was the gay one.

Back in the day, Mel C had a problem with that. In 2001, she complained about British tabloids obsessed with her sexuality.

“There’s been lots of things written about me that aren’t true,” she told the Irish Examiner. “The fact is I’m not gay, and they try and brand me a liar when the fact of the matter is that they’re the ones who lie. It makes me angry that they try to stereotype how a lesbian should look.”

“When they first started was when I had short hair and I was quite muscular and I’ve got tattoos. They just said by my appearance that I’m a lesbian.”

“I actually love that now because it gives me this affinity with the gay community,” she told The Times in a recent interview.

Before, tabloid speculation was akin to “an accusation of being gay.” Now, it’s focused on the hypocrisy of those trying to hide it.

“That really signifies how we’ve changed as a culture, doesn’t it?” she asked. “A lot of it was judged on my appearance, which is an outdated notion, thank goodness.”

Ironically then, it was Ginger Spice, aka Geri Halliwell, who hooked up once upon a time with femme fatale Mel B, according to Scary Spice.

“We were best friends. It just happened,” Mel B told Piers Morgan in 2019. “She had great boobs.”