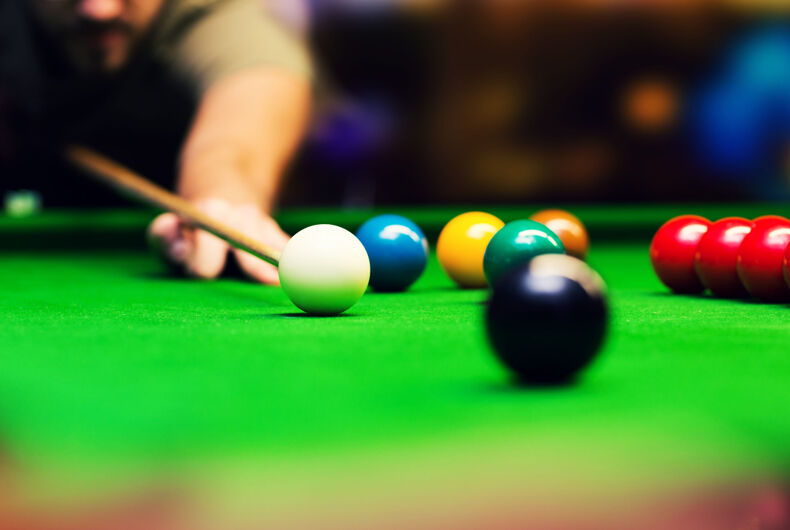 A former snooker champ in Great Britain has declared it would be “the end of women’s sport” for transgender women to play the 3-ball game competitively. Snooker is a cue sport similar to billiards or pool, but slightly different.

Maria Catalona, once a world number one in the popular Anglo sport’s rankings, claims to know that “90 percent of the players on the women’s tour don’t agree with” transitioned females playing with cisgender women.

Catalona’s assertions came shortly after 25 year-old British player Jamie Hunter won a ranking tournament on the women’s circuit in Seattle, the first transgender female to do it. She came out as trans in 2019.

“I don’t believe that women can compete against men on a level playing field in sport,” Catalona told The Telegraph. “We are wired differently, we think differently. We are mentally different.”

“I do believe 100 percent there is an advantage there even in snooker after transition,” Catalona said.

“There is a reason why they started a women’s tour. Reanne Evans,” the sport’s no. 1 ranked women’s player, “is the best woman player I have seen and even she can’t crack it against the men – it just hasn’t happened.”

According to Catalona, “As a man Jamie never really did anything. And if this is allowed and becomes more common, there is no future for women’s snooker.”

“I would totally change the rules,” she said, “and bring ours into line with women’s sports that have banned transgender athletes.”

But Catalona’s not in charge.

This week, the women’s tour chairman, Jason Ferguson, congratulated Hunter on her win, and said the sport has no intention of instituting a transgender ban. Ferguson says snooker is defined as a “precision sport” by the International Olympic Committee and the “physical aspect is not such a big problem” when compared to other sports.

“From the outset we went to the IOC for advice, as we felt they were best placed to help set policies on the issue. That policy in fact remains in place for us in the Women’s World Snooker Tour.”

Hunter responded to the controversy, tweeting: “Thank you to everyone who has defended me, and sent messages of congratulations, I have seen all of your tweets shining through the chaos and I am humbled by your love and support.”

“The world is a cruel place, but there is always light!”

“It is just not fair,” said former champ Catalona. “Biological women are being shut down by being told that it is only a hate thing. And it isn’t.”