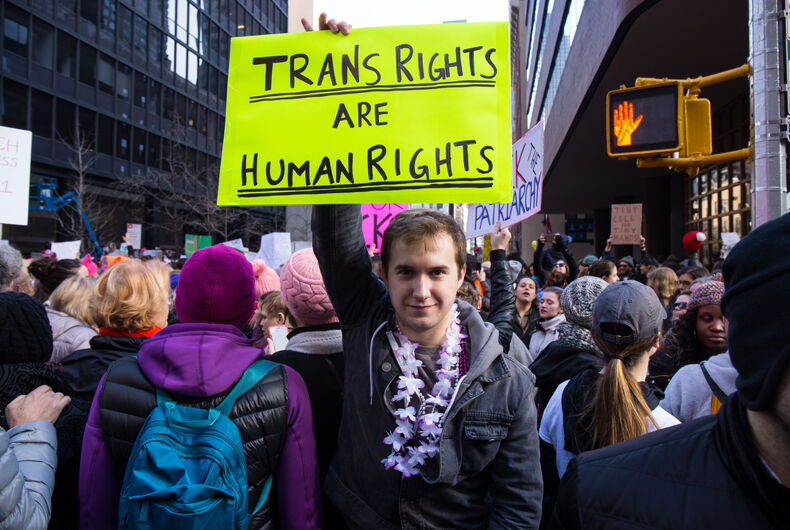 The Louisiana State Superintendent of Education is telling schools they can continue to discriminate against transgender students if they want to.

In June, the Biden administration released a series of proposed changes to Title IX Regulations that would include explicit anti-discrimination protections for LGBTQ students. The proposal is currently undergoing public comment.

Brumley recently sent a letter to school and athletics administrators telling them that at this time, they do not have to implement these changes.

“LDOE does not agree with the proposed changes,” Brumley wrote, adding that “school systems should not alter their local policies or procedures based solely on these overreaching guidance documents.”

Brumley also referenced “The Fairness in Women’s Sports Act,” an anti-trans sports bill that recently became law in the state. The law requires students at public K-12 schools and colleges to participate in sports based on their sex assigned at birth.

“It was overwhelmingly passed by our Legislature,” he said. “It affirms school-sanctioned athletic participation must be divided by biological sex unless the configuration is co-ed in nature.”

The Biden administration will reportedly release more detailed guidance on how the Title IX changes would affect athletics.

This is not the first time Brumley has made it clear he supports discrimination against transgender students.

According to The Advocate,  he asked if schools that receive federal funding (and specifically funding for breakfast and lunch programs) would be penalized for banning students from using locker rooms and restrooms that do not align with their sex assigned at birth.

“We shouldn’t discriminate against any children in any school,” Brumley said at the time. “But at the same time, I don’t think it is appropriate for biological males to be in the little girls bathrooms. And I think that would be an opinion shared by a majority of citizens in the state of Louisiana.”

He added that it is hard for him “to even comprehend that the federal government would consider taking away meals from our neediest children because of some philosophical beliefs they hold.”

Brumley also voiced his concern that the new guidelines would allow trans students to participate on sports teams that align with their gender identity and asked whether it would be considered discriminatory for teachers to refuse to use students’ preferred pronouns.

SarahJane Guidry, Executive Director of Louisiana LGBTQ advocacy organization Forum for Equality, criticized Brumley’s letter. Guidry told KNOE News that “it would absolutely shift an individual student’s world in a school when they feel completely welcome, accepted, and included. These are educators, schools, and school districts that are asking questions, and they’re asking about these guidelines, and the answer that was given gave us no indication on what we should be doing and how we should be supporting these students.”