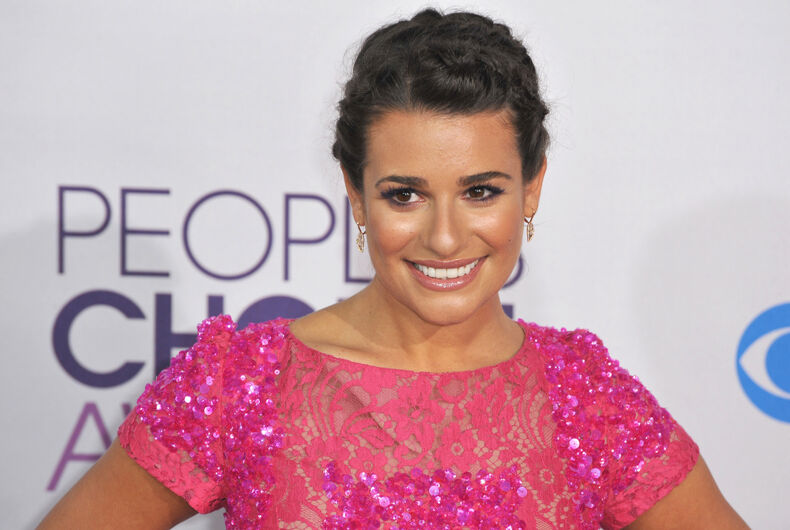 As former Glee actress Lea Michele prepares to take on the starring role in Broadway’s Funny Girl on Tuesday, she is also addressing past accusations of racism and transphobia.

Michele has long had a reputation of being a self-centered diva, and in 2020 people she worked with began making more serious allegations against her.

In a recent interview with the New York Times, she chalked up her behavior to merely having a strong work ethic.

She then explained how she feels she has grown.

“I really understand the importance and value now of being a leader. It means not only going and doing a good job when the camera’s rolling, but also when it’s not. And that wasn’t always the most important thing for me.”

In 2020, Ware called Michele out for tweeting that Black Lives Matter, writing, “I believe you told everyone that if you had the opportunity you would ‘shit in my wig!’ amongst other traumatic microaggressions that made me question a career in Hollywood.”

Ware wrote that working with Michele was “a living hell,” and soon other members of the Glee cast began speaking out in agreement.

Michele did release an apology at the time – though she claimed she did not remember “making this specific statement.”

That same year, trans model and actress Plastic Martyr accused Michele of humiliating her for being in a women’s restroom, tweeting that Michele is “a very unpleasant person” and that “Years ago we were at the Emmy’s and she happened to be there. I was still in the process of my transition and wasn’t 100% as ‘passable’ then. I was in the bathroom and started washing my hands and then said excuse me to her when trying to reach the soap and she goes ‘Excuse me?! EXCUSE ME???? Excuse you … you realize you’re in the WOMEN’S bathroom.’ I remember going from feeling so beautiful that day to walking out of that bathroom feeling so self-conscious and embarrassed.”

Michele’s casting in Funny Girl – a longtime dream of hers – has received mixed reactions, with many mocking her for the parallels to her character in Glee, who also dreamed of starring in the show.

lea michele out here proving that you can get canceled on twitter dot com and still achieve your dreams. iconique & brave white woman !

ATTN everyone: Lea Michele has just had her wish come true, an event that will throw our universe into irrevocable chaos. Planes will drop from the sky. Birds will go blind. The dead will arise. Please hug your loved ones and make peace with god while you can

As I reel from the news that Lea Michele is set to play Fanny Brice in Funny Girl, I couldn’t help but wonder…Did my 1 million streams of Rachel Berry’s version of ‘Don’t Rain On My Parade’ help bring this travesty to fruition? If it did, I am truly, deeply sorry. pic.twitter.com/OdbaeTB0Av

Lea Michele after arriving on set of Broadway’s ‘Funny Girl’ to bully everyone on set like did on Glee pic.twitter.com/lO0lU3QHxu

Lea Michele is fanny Brice, the world is just one giant episode of glee now