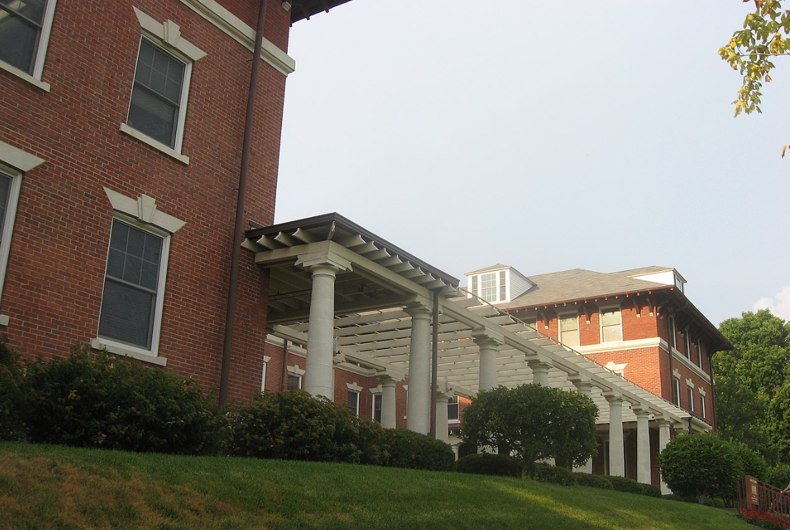 This week, the daughters of a founder at Christian Grace College in Indiana came forward with a shocking revelation: their father had sexually abused an estimated one to two hundred male students over his 40-year career at the school.

Don Ogden, who died in 2015, was the founder of the school’s music program. His daughters, Diane and Kathleen, disclosed the abuse in a six-page statement shared with The Christian Post.

“Our father used his position, his power, his wit, and persuasion to gain the trust of young men, and later perpetrate crimes against them that would change their lives forever. We realize, looking back, that this was sadly still going on when he was 80 years old.”

Grace College in Winona Lake, Indiana officially bans LGBTQ students from attending. The school’s catalog bans “homosexual behavior” and compares it to other sins like adultery, greed, and drunkenness.

The sisters allege Ogden’s predation was an open secret at Grace. In 1993, he was arrested in Kansas for sexually assaulting a 16-year-old boy, whom he met at a mall and lured to an open field nearby, where he sexually assaulted him.

After reporting the incident to the police, the victim recanted his story and police dropped the matter, describing the encounter as consensual. The age of consent in Kansas is 16.

According to Ogden’s daughters, Grace College was aware of the charge but kept it under wraps both to protect the school’s reputation and continue to benefit from Ogden’s strength as a fundraiser.

“It is with broken hearts that my sister and I are bringing our story forward. After speaking with many Christian experts that handle abuse in Christian institutions, we were told that if there is no public confession and help for the victims given, we must go to the media. After writing eight letters over the last 16 months, we both feel, sadly, that we have absolutely no choice,” the sisters’ statement read.

A whistleblower approached the sisters in February, 2021, leading to their own investigation of their father’s crimes. The pair say they were “mortified” to learn their father’s predation on young boys had spanned more than 40 years.

Ogden “had been molesting boys for over four decades. Incidents occurred touring across the country, in people’s homes, our home, malls, youth conferences, and other places,” the daughters wrote.

Referring to her father’s arrest in Kansas, Ogden’s daughter Diane said the night he was in jail, she spoke with him on the phone, unaware this was just one incident in a decades-long pattern of abuse.

“God will use this, Daddy,” Diane told her father. “You can help someone else that gets wrongly accused someday.”

Ogden replied: “You have too much faith in me.”

“He was admitting to it but my mind would not let me believe it,” Diane said.

Her father added: “No one will want to shake my hand again.”

Evelyn Rios Stafford made trans history in Arkansas. She’s not finished yet.