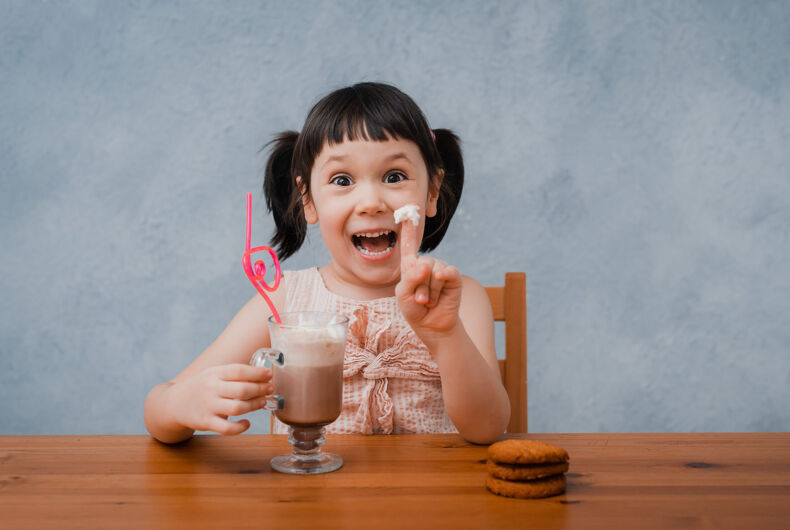 Some New York grocery stores have begun requiring people to show ID to buy cans of whipped cream because lawmakers were worried about kids getting high.

Stores near the state’s capitol began forbidding kids from buying the popular dessert topping after a law went into effect banning the sale of nitrous oxide canisters to people under the age of 21, The Times Union reported.

Nitrous oxide, the gas used to pressurize whipped cream cans, can also be inhaled for a temporary (and possibly dangerous) disorientating effect.

“Sadly, young people buy and inhale this gas to get ‘high’ because they mistakenly believe it is a ‘safe’ substance,” the law’s legislative author, state Sen. Joseph Addabbo (D) said when first introducing the measure. “This law will eliminate easy access to this dangerous substance for our youth.”

Numerous area grocery stores began putting up signs alerting shoppers that they’d need to show ID to purchase whipped cream, the same way as is required for cigarettes and alcohol. One grocery chain, Price Chopper, said it would update its self-checkout computers to require ID for the dessert topping as well, starting on September 1.

However, Addabbo and the state attorney general have since clarified that the law, passed in November 2021, was only meant to prohibit the sale of individual cartridges of nitrous oxide, two-inch steel cylinders that people sometimes inhale and refer to as “whippits” or “whippets” — not cans of whipped cream.

Store owners were confused about the law because it specifically restricted the sale of “whipped cream chargers.” But, as Addabbo wrote in a statement released via Twitter, “My bill is not intended to prevent people under the age of 21 from buying whipped cream dispensers.”

Addabbo said he wrote the bill after seeing canisters littered about his district. People often crack the steel canisters and release the gas into a balloon for easy inhaling. Inhaling the gas can cause asphyxia, a lack of oxygen to the brain, which can result in nausea, breathing problems, seizures, fainting, and other possible long-term and hallucinatory effects.

“People have called my office directly to ask me to do something about this issue,” Addabbo’s statement added. “Since the law went into effect. There have been less sightings of the discarded with it chargers, or cartridges in the streets in my district.”

Clarification for the misinterpretation of the state law regarding the sale of whipped cream canisters, which should be allowed. pic.twitter.com/XpCwrIQyF9