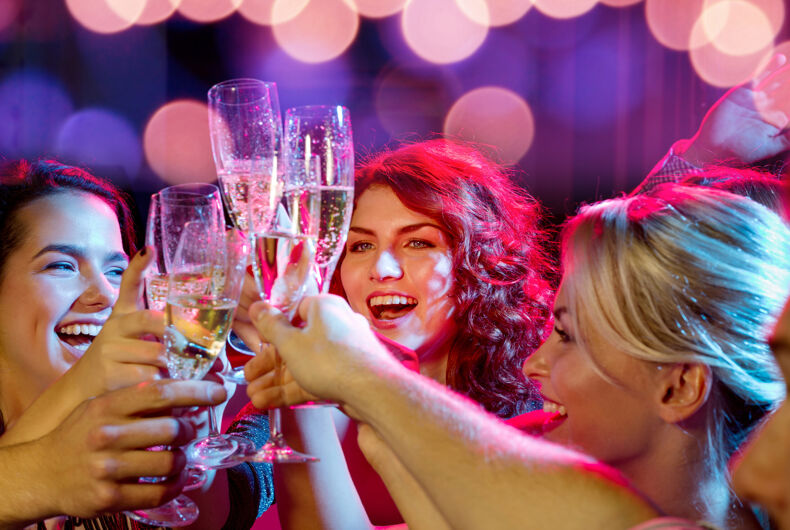 While gay men have long complained about straight women holding bachelorette parties in gay bars, two researchers say that the celebrations are a form of “hetrification” that is actively destroying LGBTQ safe spaces.

Two researchers — Laurie Essig, a professor of gender, sexuality, and feminist studies at Middlebury College in Vermont, and Vincent Jones II, a professor of community health at York College in New York — wrote in The Boston Globe that the bachelorette parties held mostly by white women in queer spaces, often seek a drunken night out without the worry of harassment and assault from heterosexual men.

These parties can generate lots of money for queer venues and drag queens. However, after conducting research in Provincetown, Massachusetts, the researchers found that these parties can also destroy queer safe spaces that LGBTQ communities have long sought to establish. The researchers call this process “hetrification.”

“Like gentrification, hetrification occurs when people feel privileged to take over the spaces of others… and buy space in a queer venue,” Essig and Jones wrote.

Many gay bars popped up after the white gentrification of Black and Latinx neighborhoods, they wrote, but hetrification is different because it’s “an appropriation not just of space, but of culture.”

Many of female bachelorette party attendees see themselves as allies of the LGBTQ community because they are welcome in queer spaces and familiar with queer pop culture, like yelling “Yass queen!” and singing along to Cher.

But, “just after several drinks, many may grab the butt of a cute gay man or take selfies in front of the leather daddies as if they were exhibits in some queer zoo,” the researchers wrote.

“A kind of hostile occupation”

In addition to being rude to an LGBTQ space’s queer clientele, the women interviewed by Essig and Jones largely believed that homophobia was no longer an issue for gay people since the legalization of gay marriage. The researchers compared it to people who thought racism was no longer an issue after the 2008 election of the first Black President, Barack Obama.

The women the researchers interviewed never discussed transphobia and many had no idea if anyone in their bachelorette party even identified as LGBTQ. In short, the women had an offensively superficial understanding of the challenges still facing queer people.

“To come into queer spaces and actually believe that we live in a post-homophobic world is a kind of hostile occupation,” the researchers said.

“Hetrification weaponizes heteronormativity and breaks down queer spaces,” they added. “The incessant visitation of heteronormative misconduct slowly diminishes the integrity of the space … [leaving venues] at risk of being disabled as safe havens for the LGBTQ+ community.”

LGBTQ spaces are already in decline

This would require already marginalized queers to be displaced and to need to travel further and look harder to find safe havens. Consequently, the unique cultural aspects of a thriving LGBTQ community space would gradually starve and die off, leaving a largely sanitized and heteronormative version of queer culture in its place.

The issue Essig and Jones describe isn’t merely academic navel-gazing. The number of gay bars in the U.S. declined by 37 percent between 2007 and 2019, according to a study cited in The Washington Post. The number of lesbian bars declined by 52 percent during the same period. The COVID pandemic has caused many more to shut down too.

Queer cultural critics have long blamed the decline of gay spaces on various things like hook-up apps and the legalization of same-sex marriage. By Essig and Jones’ measure, the remaining queer spaces could effectively be hollowed out, leaving queer people with few public places where they truly feel welcome.

In their op-ed, Essig and Jones didn’t share details about their research methodology, like how many queer spaces they observed or the data they used to reach their conclusions. As such, it’s unclear whether what they observed in Provincetown represents a national or worldwide trend.

One could argue that lots of factors have contributed to hetrification, including the widespread popularity of RuPaul’s Drag Race, Queer Eye, and other media that have helped raise LGBTQ visibility and presented the queer community as a safe and welcoming place for persecuted people.

Also, queer spaces are arguably not always the safest places for straight women either. Misogyny and femmephobia run deep among cis gay men. Many queer women have experienced hostility in predominantly gay male spaces, and a 2017 Vice article said that some women have even experienced sexual harassment and assault from men in gay bars.

LGBTQ Nation emailed both researchers for comment and will update this article if they respond.