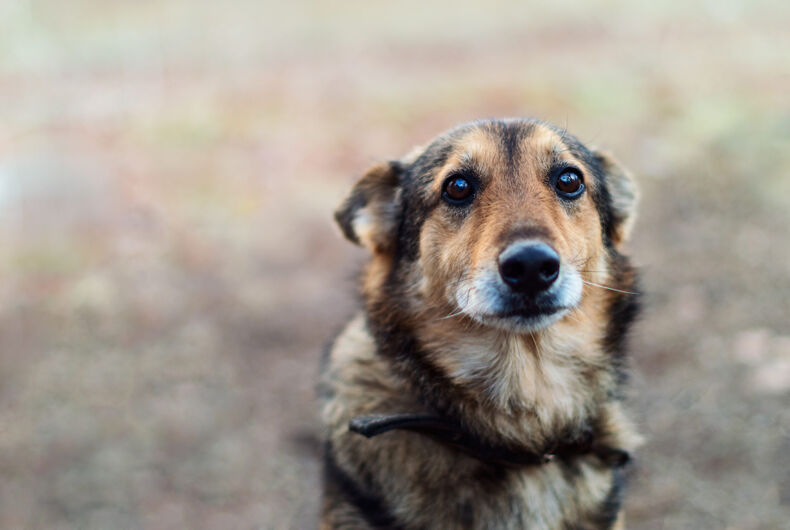 Even man’s best friend isn’t exempt from the current monkeypox public health emergency. While scores of humans have been infected worldwide, the first case of a dog catching the MPXV virus has surfaced in Paris.

The Centers for Disease Control and Prevention (CDC) now lists 10 animals, including dogs, that can be infected with monkeypox. Until now it wasn’t known that dogs could catch the virus.

The four-year-old Italian greyhound developed symptoms 12 days after its owners started showing symptoms. The two men are in a non-exclusive relationship and live together. They let the dog sleep in the bed with them.

“This is the first incident that we’re learning about where there is human-to-animal transmission,” Rosamund Lewis, the World Health Organization’s lead monkeypox researcher, said of the findings. “So, on a number of levels, this is new information. It’s not surprising information, and it’s something that we’ve been on the watch out for.”

Monkeypox, or, is transmitted through prolonged skin-to-skin contact, and through sharing items like towels and bedsheets. It is also spread through respiratory droplets during kissing. The virus produces flu-like symptoms and a painful rash that can become oozing scabs. Symptoms and contagiousness can last a month. While the disease is rarely fatal, it can leave scarring.

There are nearly 11,000 cases of monkeypox in the U.S. as of publication, according to the CDC. However, infectious disease experts think this number is likely an undercount. National cases have been doubling about every 7.6 days, according to Trevor Bedford, a computational biologist at the Fred Hutchinson Cancer Center quoted in The Washington Post.

Approximately 1.5 million men who have sex with men have been advised to get the vaccine since they are considered most at-risk for contracting the virus, but supplies of the vaccine have remained extremely limited.

As New Orleans braces for a massive influx of LGBTQ community members for the annual Southern Decadence festival in the Crescent City, health officials are warning the five-day circuit party will become a major MPXV superspreader event.

The Labor Day weekend gathering typically attracts 100,000-300,000 participants. According to Jennifer Avegno, New Orleans health director, the federal government has agreed to give the state just 9,200 doses of the MPXV vaccine, some of which won’t arrive until the middle of September.

In response, newly appointed White House National Monkeypox Response Deputy Coordinator Dr. Demetre Daskalakis told LGBTQ Nation, “The White House is working closely with Louisiana and New Orleans health officials to coordinate an effective strategy to combat the spread of the virus at this event and others like it around the country.”