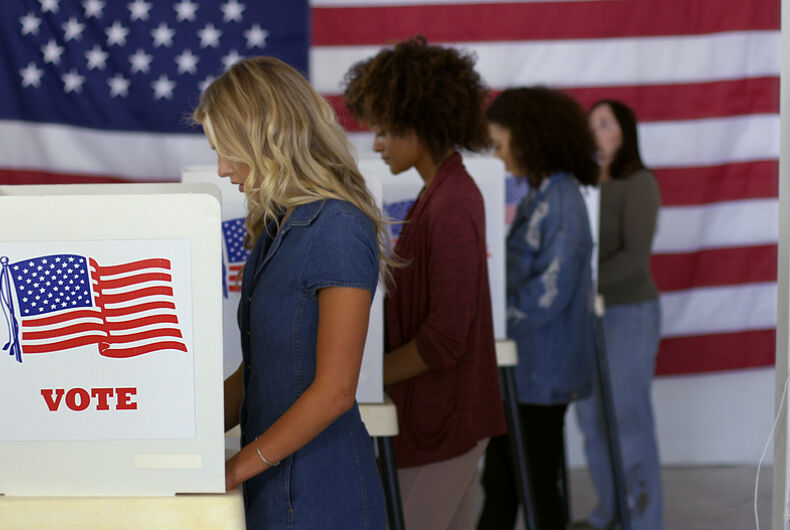 There are a record number of out LGBTQ elected officials this year, according to the LGBTQ Victory Fund, with 1,043 out LGBTQ people holding an elected office in the country.

It’s a nearly six percent increase since last year, according to the organization.

The Victory Fund released its Out for America 2022 report this week, which showed the increase in LGBTQ elected officials since last year.

But while the number is increasing, it’s still shockingly low. Only 0.2% of elected officials in the U.S. identify as LGBTQ, far below the seven percent of the population that’s estimated to be LGBTQ.

Seventy-five percent of the out elected officials this year are Democrats, while only three percent are Republicans. The rest were independent, third party, or ran in non-partisan elections.

Only 10 states have fewer LGBTQ elected officials this year than they did a year ago, while 22 states have more.

“That was one of my pushes, is that people who often feel marginalized or, you know, not having access to the government or imagining themselves at these seats, to actually start doing that,” they told WBUR about how they hope to inspire others from marginalized communities to run for office. “Because that’s how we make shifts. Before you could get to a seat, you have to imagine yourself there.”

“As for making history, I think it’s a little bit surreal, because I came in doing this for wanting change, and not just… having identities — which is really important,” they said. “It’s lifesaving to have representation. But I never really anticipated being in history or having a historical moment. And so I’m still breathing that in.”

“With a historic number of anti-LGBTQ legislation introduced this year, unprecedented attacks against trans kids, and ongoing efforts to censor classrooms and libraries across the country, LGBTQ elected officials are on the front lines of defending our rights and freedoms,” said Victory Fund President & CEO Annise Parker.

“They have demonstrated true grit and selflessness in the face of wave after wave of bigotry. Despite the fact the LGBTQ community has never had equitable representation in government – and we still have a long way to go – there are clear signs of progress. They represent the strength and diversity of not only who we are as a society now, but also the America we aspire to build for future generations.”

Out Oscar winner Ariana DeBose to star in Blumhouse thriller