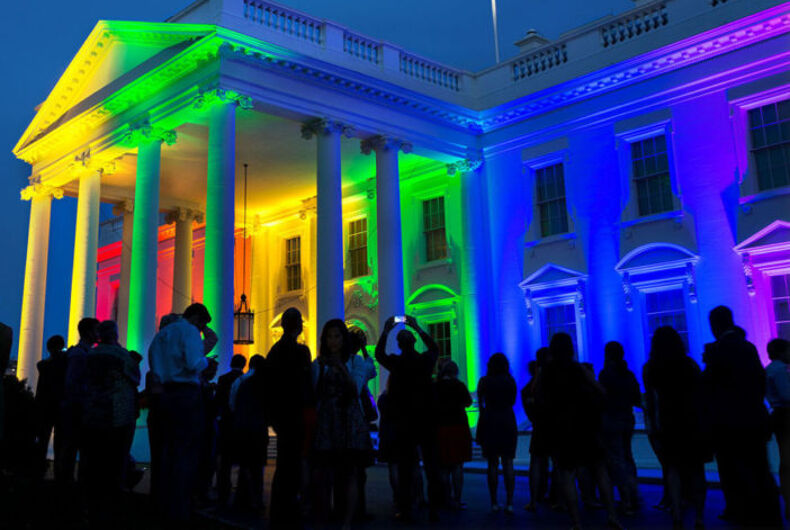 Last week, 157 House Republicans voted against the Respect for Marriage Act, which would enshrine the right to same-sex and interracial marriage into law. Every House Democrat voted in favor of the bill. The U.S. Senate is expected to vote on the legislation in August.

Retiring Sens. Rob Portman (R-OH) and Thom Tillis (R-NC) have signaled their support for the legislation. However, their potential replacements and a majority of 2022 Republican Senate candidates fiercely oppose marriage equality — despite 94% of Americans supporting interracial marriages and 71% supporting same-sex marriage. Here’s where Republican Senate candidates in competitive elections stand:

State of Play: Rob Portman (R-OH) is retiring. The seat is open.

State of Play: Thom Tillis (R-NC) is retiring. The seat is open.

State of Play: Roy Blunt (R-MO) is retiring. The seat is open.

State of Play: Raphael Warnock (D-GA) is running for reelection.

State of Play: Mark Kelly (D-AZ) is running for reelection.

State of Play: Maggie Hassan (D-NH) is running for reelection.

In the wake of Justice Clarence Thomas’ dissent in the decision striking down Roe v. Wade, rights guaranteed through Obergefell v. Hodges and Lawrence v. Texas have been called into question.

Republican Senate candidates have made clear they support an erosion of equality protections, making their extremist views on marriage equality, abortion access, and other freedoms central to their campaigns.

If they win in November, more protections for the LGBTQ community could be on the chopping block.

Andrew Godinich is the Senior Director of Communications for American Bridge 21st Century. He has worked on a number of political campaigns and on Capitol Hill.

Her business was targeted by rightwingers for hosting drag queens. Now the city is going after her.