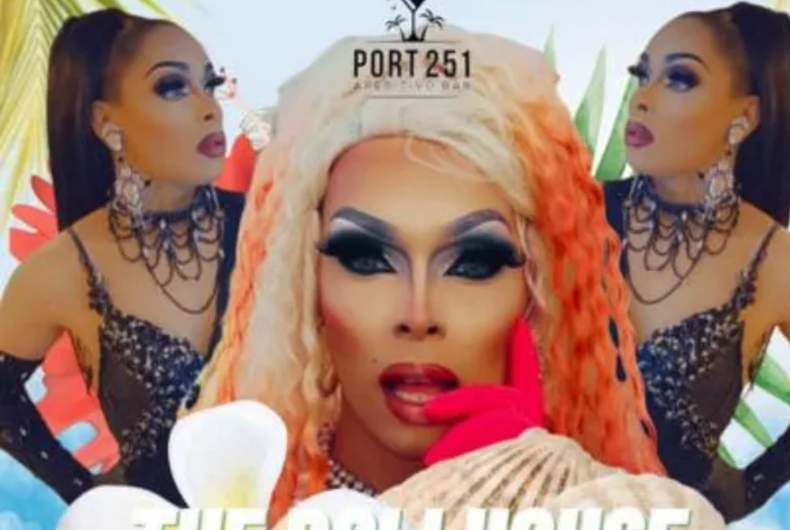 A promotional image for the drag barPhoto: Screenshot

As summer winds down in LGBTQ-friendly Rehoboth, Delaware, owners of a bar and restaurant in the gay beach oasis are accusing police of harassment.

Tony Sacco and Joe Maggio, co-owners of Port 251, told the Washington Blade that cops are showing up at the establishment’s popular Friday and Sunday drag shows and stationing themselves outside the venue.

“I’m not sure who it’s bothering at 12 o’clock in the afternoon,” Sacco said. “They weren’t coming because of a call at that point.”

Sacco said officers now regularly sit “outside for the entire show,” measuring the volume of performances. The restaurant has been fined repeatedly for violating Rehoboth’s noise ordinance.

Sacoo says officers tell the owners that patrons are clapping too loudly or that shows on the restaurant’s patio are in violation of city ordinances.

Rehoboth PD’s professional standards unit commander Lt. Jamie Riddle said officers aren’t placed outside of events “unless there is a public safety concern” and asserted the police presence at Port 251 is the result of numerous complaints called in to the city dispatch center since June 19.

“Our objective is not enforcement, but rather compliance,” Riddle said. “If our presence is the mechanism needed to achieve compliance, then that is our obligation to the community.”

Sacco says the ongoing police presence is precisely the problem, not a solution.

Both sides claim they’re working toward a solution.

Riddle says Rehoboth PD has begun to meet with the restaurant’s owners and “proactively investigate the noise associated with the Friday and Sunday performances.” Sacco and Maggio claim they’ve been trying to comply with the noise rules, taking the music down a notch and directly reaching out to the chief of police and city commissioner.

In the meantime, the cops are still hanging around.