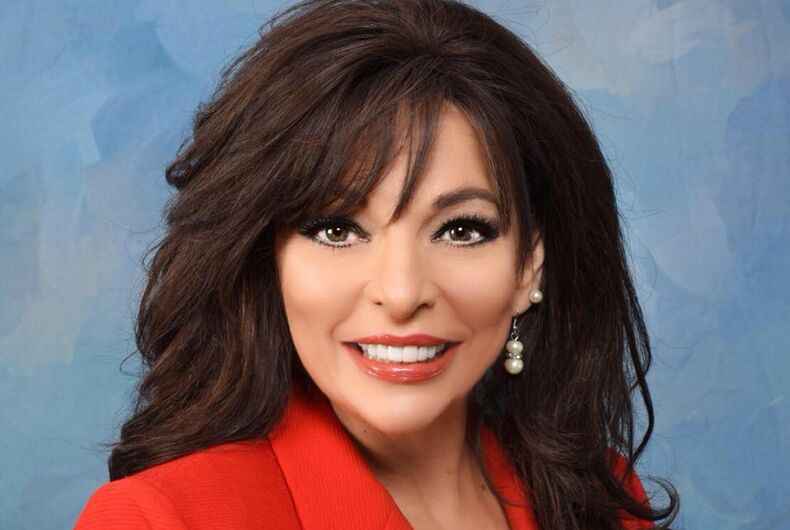 An LGBTQ back-to-school festival scheduled for Sunday afternoon in Fayetteville, Arkansas was cancelled by officials and the organizer after threats of violence.

The weekend event at the Fayetteville Public Library, sponsored by LGBTQ youth group The Equality Crew, was to include a resource fair, picnic, concert, and dance party.

“We thought it was an opportunity to get resources into the hands of a population of students who may not feel comfortable with some of the traditional outlets in regards to school supplies,” said David Johnson, Executive Director of the Fayetteville Public Library.

Johnson says as soon as the library posted information about the event online, they were deluged with complaints.

“I know from an administrative standpoint, we were unaware until the promotional materials went out that there was going to be any sort of, quote-unquote, ‘drag,’ performance or appearance,” Johnson said.

Equality Crew issued a statement last week confirming the cancellation: “Hi friends, we are disappointed to share that due to safety concerns we are canceling our Back to School Festival. The safety and wellbeing of the kiddos we work with, as well as volunteers, vendors, partners and staff are always our top priority.”

On Friday, they elaborated on the circumstances surrounding the cancellation.

“On Thursday, July 28, 2022, The Equality Crew was made aware of several direct communications made to the Fayetteville Public Library regarding the Back to School Festival. After reviewing the publicly posted communications and noting that they were increasing in violent and threatening language towards potential attendees, parents, volunteers, and organizations, we made the difficult decision to cancel the event. This was largely due in part to the increasing number of violent and disruptive attacks on parents, children, and organizers seeking to serve members of the LGBTQ+ community or provide inclusive programming, particularly in public library spaces around the world.”

Morgan, who placed third in her primary bid for the Republican Senate nomination in Arkansas in May, posted after threats of violence led to the event’s cancellation: “YOU WON!”

“When I found out the Fayetteville Public Library ( a tax payer funded facility) was hosting a DRAG SHOW DANCE & TRANSITION CLOSET for CHILDREN, I asked you to help me stop this event !

“I gave you a contact list of Library Board members and a phone number. Thousands of you responded ! You called,.. you emailed.. it was overwhelming. Your response made a difference!”

“The DRAG SHOW FOR KIDS at your public library is now CANCELLED!”

Morgan’s social media feeds and website don’t show any mention of the event before she posted about the cancellation.

While Morgan claims in her post celebrating the cancellation, “I don’t push my views on sexuality on anyone,” she says LGBTQ-positive events and the “politically correct gender pronoun garbage” must “STOP and AMERICANS must quit cowering in fear of being labeled by haters for daring to speak out against the use of tax money to indoctrinate our children.”

“If protecting CHILDREN from sexual grooming and sexual exploitation makes me a bigot, then so be it.”

“You are asking for a war and will get it.”

Morgan was endorsed in her failed Senate bid by Trump election advisor and former general Michael Flynn, as well as Ted Nugent.

On her still-active campaign website, Morgan claims “Foreign Governments are buying up America’s politicians, land, businesses, farms, and institutions of higher education,” and “The Chinese Communist Party controls most of our media, supply chain, pharmaceuticals, and fiscal stability.”