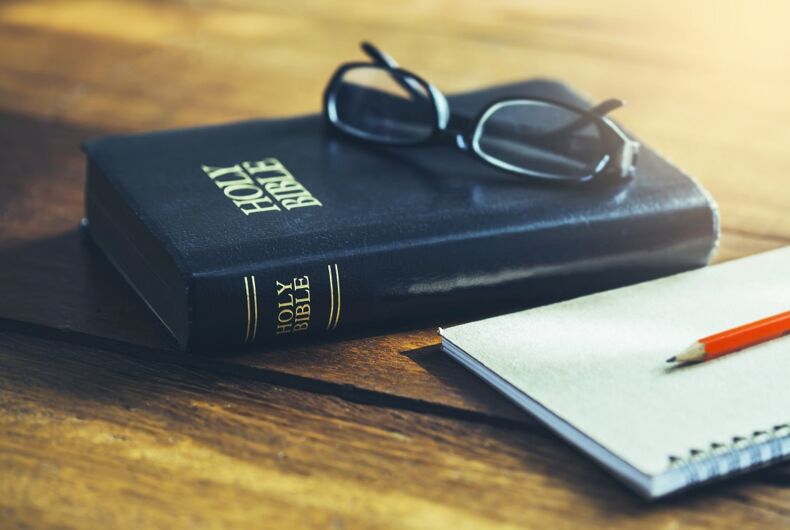 When Emily Parker’s brother died in a 2020 workplace accident at the age of 22, she adopted then-three-year-old child Zoey. Parker and her wife Jennie raised Zoey as their own and later enrolled her into a preschool at the Bible Baptist Academy (BBA) in DeQuincy, Louisiana.

They thought they’d made a perfect choice. Zoey made a lot of friends there and loved her teachers. But after the same-sex lesbian couple enrolled their now-five-year-old daughter into the school’s kindergarten classes the following year, a pastor contacted them for a meeting two days before classes were about to start.

At the meeting, he told them that, because of their “lifestyle choices,” they “wouldn’t be a good fit for the school,” the couple told AOL.com.

“She lost her father, she lost her mother and now she’s losing her school which she loves very much,” Jennie told WLBT.

Zoey’s father died in September 2020, and it took until last week, on August 3, for her adoption by her aunts to get finalized. Shortly after, they went to enroll her in kindergarten.

“We went to open house, we got the uniforms we got the fees,” Emily said. Word of Zoey’s new family got around and, over the weekend, the school’s principal and pastor took held a meeting with the family.

“The pastor met us in the meeting room and started talking about gender identification and that they teach the words of the Lord and marriage was between a man and a women,” Emily said. “They didn’t think this was a good fit.”

It didn’t matter that Emily and Jennie are Christian, or that Zoey loved the school. The pastor told them they’d have to go elsewhere. He emphasized his school’s religious foundation, then told Emily that marriage is only between a man and a woman only, and that children at the school are taught this too. He also implied that their marriage was harming their daughter.

“We’ve never been confronted so bluntly about our relationship,” Emily Parker said. “Our love, our marriage, has always felt natural. Our families have always made us feel like we are two people who love each other. This was a big slap in the face.”

Emily said the pastor’s words made her feel insulted and slightly embarrassed. As a private institution, the school has the legal right to discriminate against whoever it chooses. However, the women said they wanted to share their story so that the public would know about the school’s anti-gay discrimination.

“We were completely aware BBA is a Christian Baptist school,” Emily told Only Sky Media. “[Zoey’s] father died in 2020. She learned that God was taking care of her daddy. That anytime she needed to talk to Daddy she could pray. God was her connection to her daddy and we completely supported her. We were eager for BBA to help teach her about the God she already loved…. They were so accepting the previous year. We had no idea there would be a problem.”

In a statement, the school wrote, “There are times where our commitment to upholding our Christian values will not line up with the values of other people. This should not be interpreted that we have any hatred or malice toward them.”

Since sharing their story, the women said that public and private schools contacted them to let them know they would be welcome there. The women have since enrolled their daughter in the Hamilton Christian School in Lake Charles, Louisiana.

“There are good Christians out there. The whole community of DeQuincy has showed us what it is to be a good Christian and to not preach hate like this,” Jennie said. “They are the reason why we kept faith.”