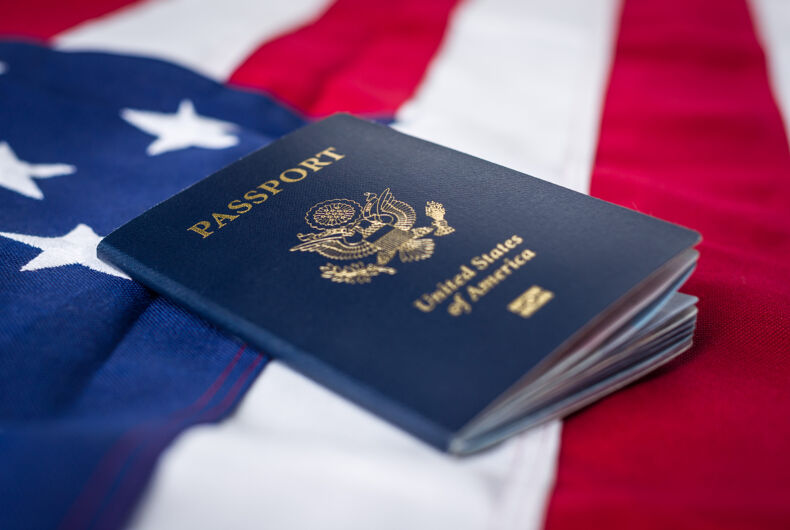 Posted during a typically brutal Ukrainian winter and against the clapping of thunderous war drums, the United States Embassy in Kyiv put this announcement on their website:

Yet, this notification didn’t signify the abandonment of American citizens in Ukraine, nor did it mean a rollback of diplomatic efforts by the Biden administration which had made significant progress regaining respect for the United States on the world’s stage since the President was inaugurated just over a year before.

The closing of the Embassy and suspension of consular services, necessitated by the full-scale Russian invasion of Ukraine on February 24, didn’t end the State Department’s work on behalf of US citizens in Ukraine, it simply shifted the responsibilities for those tasks to the nation’s professional foreign service corp operating in Poland.

When traveling abroad, once their passport is issued, many don’t think about the US State Department, except in vague terms, and aren’t aware of the depth and width of the assistance offered by local embassies and consulates to Americans who run into trouble while overseas. And no scenario offers a greater need for help than total war.

This help is essential to members of the LGBTQ community, who are exposed to challenges when outside of the country that their fellow cis-hetero Americans simply aren’t.

For transgender people, the challenge can begin even before departure, with concerns over whether their name, appearance, and/or gender marker is correct in their passport. Understanding that the wrong information can become a life or death situation for a transgender traveler, the Biden administration has made it easier for a transgender or nonbinary American to travel authentically.

“The Department of State has reached another milestone in our work to better serve all U.S. citizens, regardless of their gender identity,” Blinken announced. ”In June, I announced that U.S. passport applicants could self-select their gender and were no longer required to submit any medical documentation, even if their selected gender differed from their other citizenship or identity documents.  Starting on April 11, U.S. citizens will be able to select an X as their gender marker on their U.S. passport application, and the option will become available for other forms of documentation next year.”

With this announcement, the State Department became the first federal department to offer “X” as a gender designation.

There is also a special section on the Department’s website dedicated specifically to those Americans identifying as LGBTQ. In it, a vast array of subjects are covered, including the ability to choose the aforementioned X, warnings over potential threats and entrapment schemes, how to obtain visas for same-sex partners, and even what to do about registering the birth of a child abroad, including when using a surrogate.

Understanding the needs of the LGBTQ community by the Biden administration’s State Department employees isn’t just reserved for a hollow promise on its website.

Just a few weeks into President Biden’s term, he signed a memorandum, “directing all U.S. government departments and agencies engaged abroad to ensure that U.S. diplomacy and foreign assistance promote and protect the human rights of lesbian, gay, bisexual, transgender, queer, and intersex (LGBTQI+) persons around the world.”

This played out in real-time when Secretary of State Blnken allowed the Pride flag to share the same flag pole as the US flag at embassies and consulates around the world during Pride Month.

Additionally, despite criticism from local governments, cases such as the US embassy in Kuwait tweeting about Pride or a joint condemnation over the treatment of the LGBTQ community in Georgia, have also shown a commitment to gays and lesbians across the world by the Department of State.

While on-the-ground consular help for a political prisoner, lesbian WNBA superstar Brittney Griner, has garnered significant attention, recently LGBTQ Nation was able to watch the US Consular officials in action, and see what they do for everyday Americans in need of more mundane services.

Traveling to Lviv, Ukraine from Warsaw, Poland a contingent of consular officials arrived to assist those in Ukraine who no longer had access to the embassy in Kyiv.

Casually dressed security personnel, wearing khaki shorts and side arms, ear pieces snugly in place, milled about outside the hotel, as employees of the Warsaw embassy prepared to begin calling out the names of those citizens in need of assistance.

Less than a dozen Americans in total were there on the early weekend afternoon, in need of help with everything from birth certificates to passports.

In speaking with LGBTQ Nation candidly, on condition of anonymity, several officials made clear that helping Americans abroad solve problems, was the part of their profession they most enjoyed.

As the day wound down, and the conference room cleared out, one longtime employee used a quiet moment to pass on a message to Americans in Ukraine and as an extension worldwide.

The mission of a consulate under the leadership of President Biden and Secretary of State Blinke was made clear in stark terms by the official.

“We aren’t law enforcement. We don’t care why they are there in Kharkiv. We will be there for them in any way the State Department can be,” they said. “As things get hot we are here for them.”

What is Third Gender?