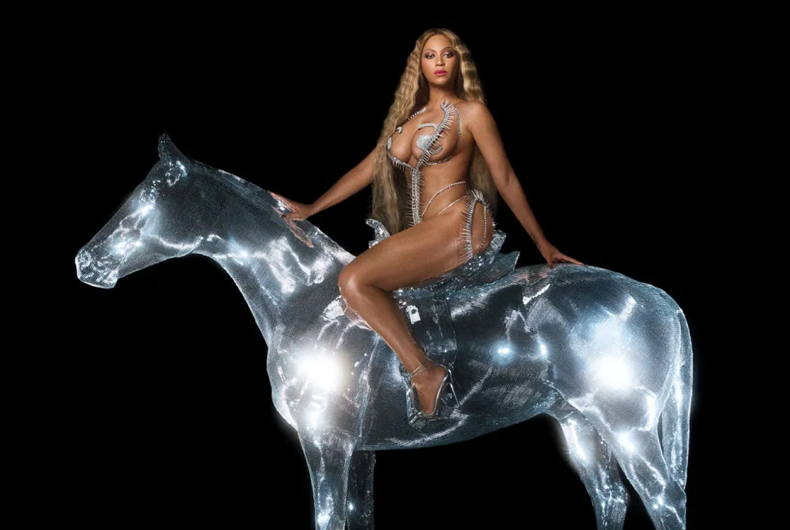 In the liner notes of Renaissance, due out Friday, the singer thanks her uncle Jonny, who died of complications related to AIDS early in her career.

“A big thank you to my uncle Jonny,” she writes. “He was my godmother and the first person to expose me to a lot of the music and the culture that serve as an inspiration for this album.”

“Break My Soul,” the first single from Renaissance, which features out rapper Big Freedia, has been noted for its house music influence.

The album’s liner notes appear on Beyoncé’s official website. They were posted to Instagram by celebrity news site The Shade Room.

A longtime LGBTQ ally, Beyoncé has spoken about her uncle many times throughout her career, most notably at the 2019 GLAAD Media Awards.

“I want to dedicate this award to my uncle, Jonny, the most fabulous gay man I’ve ever known,” she said during her acceptance speech for the organization’s Vanguard Award. “He lived his truth. He was brave and unapologetic during a time when this country wasn’t as accepting. And witnessing his battle with HIV was one of the most painful experiences I’ve ever lived.”

In 2006 interview, she said that her uncle helped raise her.

“He was my mother’s best friend. He brought me to school every day. He helped me buy my prom dress. He made my clothes with my mother,” she said. “He was my favorite person in the whole world.”

“I never mixed Christianity with how I felt [about Johnny],” she continued. “I am about faith and spirituality more so than religion, doing right by others and not judging.”

She reiterated Jonny’s influence on her while accepting the 2016 CFDA Fashion Icon Award.

“My mother and my Uncle Jonny designed all of our first costumes and made each piece by hand… individually sewing hundreds of crystals and pearls… putting so much passion and love into every small detail.”

She ran the Nevada Republican Party. She just endorsed Democrats for the next election