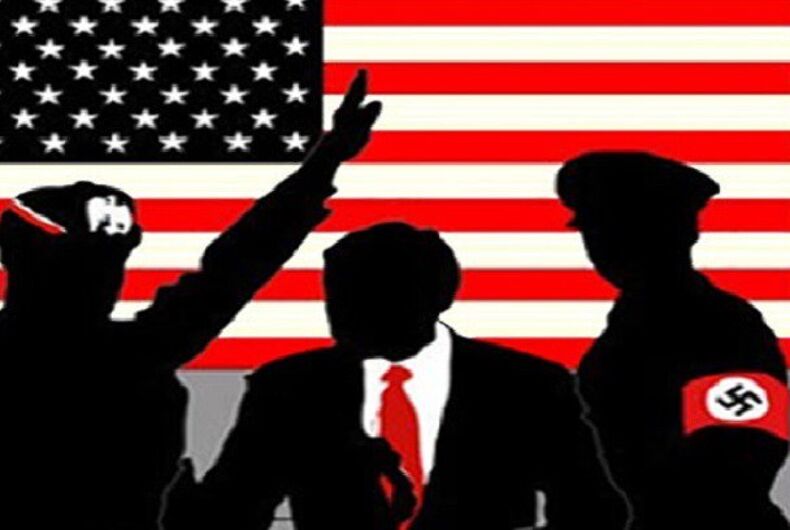 When the Republican party abandoned any pretext of a policy platform in the 2020 election, it made clear what was unspoken for a while: the clear conservative ideology that united the party since Reagan no longer exists. Less regulation, lower taxes, a robust military, global intervention—under Trump, the pillars that upheld the GOP for decades crumbled and nothing clearly replaced it, other than grievance.

Now a right-wing think tank has proferred a new set of guidelines for conservatives. The Edmund Burke Foundation has come up with National Conservatism: A Statement of Principles, which aims to fill the vacuum left by the collapse of the old standards. By any measure, the statement is a frightening call to abandon democracy in favor of a Christian-centered government that uses the power of the state to impose “order” on anything it deems immoral.

As might be expected from a think tank, it loaded the statement with high-falutin’ language meant to conjure up lofty ideals. The statement begins by condemning “the universalist ideologies now seeking to impose a homogenizing, locality-destroying imperium over the entire globe.” This in itself is a departure from the globalism that has long been a feature of the GOP (and the Democrats too).

There are rote condemnations of transferring power to “transnational or supranational bodies,” a clear slam at the UN and NATO. There’s even some shade thrown at an unnamed George W. Bush as part of the “liberal imperialism of the last generation that sought to gain power, influence, and wealth by dominating other nations and trying to remake them in its own image.”

But it’s the principles related to national government and the role of religion that are especially chilling. The statement purports to favor allowing states to have latitude in decisions with the national government having limited power. But that’s not really the case.

“However, in those states or subdivisions in which law and justice have been manifestly corrupted, or in which lawlessness, immorality, and dissolution reign, national government must intervene energetically to restore order,” the statement says.

In other words, local laws are only good insofar as the ruling powers permit them. And while the document never explicitly mentions LGBTQ issues, you don’t have to guess that they would fall under the principles’ definition of “immorality.”  The principles do laud the “lifelong bond between a man and a woman” and decry “ever more radical forms of sexual license and experimentation,” just in case you had any lingering doubts.

As if this wasn’t enough, the principles outline the foundation for a theocracy and erase the separation of Church and State.

“For millennia, the Bible has been our surest guide, nourishing a fitting orientation toward God, to the political traditions of the nation, to public morals, to the defense of the weak, and to the recognition of things rightly regarded as sacred,” the statement says. “The Bible should be read as the first among the sources of a shared Western civilization in schools and universities, and as the rightful inheritance of believers and non-believers alike. Where a Christian majority exists, public life should be rooted in Christianity and its moral vision, which should be honored by the state and other institutions both public and private.”

The document graciously allows that “Jews and other religious minorities are to be protected” under this new system. (Note that Muslims are not mentioned by name.) However, there is no acknowledgment of the growing number of people of no faith, who now constitute more than a quarter of American adults. Apparently, those people would have few, if any, protections.

If the principles were just the work of a bunch of fringe crackpots, that would be one thing. But among the document’s signers are gay billionaire Peter Thiel, who is becoming a kingmaker in this year’s election cycle, as well as a number of the leading right-wing think tank types eagerly pushing the GOP into the arms of authoritarianism. These are people with the power and the money to make these principles a reality. In the absence of any resistance within the ranks of the GOP, the party of Reagan will more closely resemble the party of January 6, where the will of the majority can be overruled by violence, all in the name of God and morality.

Judge tells Texas Attorney General to stay out of trans lawsuit. No one wants him there