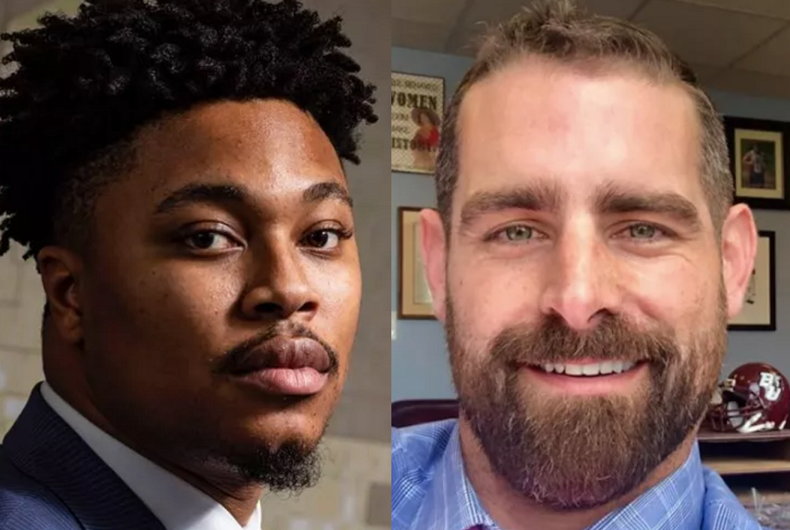 Sims came in second in the primary for lieutenant governor, losing to state Rep. Austin Davis (D), who got 63% of the vote to Sims’s 25%.

Kenyatta came in third in the primary race for a U.S. Senate seat with just under 10% of the vote. Lt. Gov. John Fetterman (D) won that primary with 59% of votes.

On Twitter, Sims congratulated Davis and immediately backed him for the general election.

“Austin ran a great race and he’ll be a great Lt. Governor,” he wrote. “With the primary over, we all must work to elect Josh Shapiro and Austin Davis as our next Governor and Lt. Governor — the stakes are too high for anything else.”

Congratulations to Rep. Austin Davis on his win tonight! Austin ran a great race and he’ll be a great Lt. Governor. With the primary over, we all must work to elect Josh Shapiro and Austin Davis as our next Governor and Lt. Governor— the stakes are too high for anything else.

Kenyatta thanked his supporters and said that he would have “more to say later.” His followers shared words of support.

You ran an excellent race, and I hope Pennsylvania and the rest of our country will see more of you soon. For now, please rest and know that so many have been inspired by your vision. Thank you for caring so much.

You are a mensch & a true inspiration! I look forward to watching your leadership blossom. Thank you for running an inspiring campaign. XOXO

Proud to know you, friend.

Thank you sir. You ran a great campaign & I look forward to supporting you in the future. You will make a great Governor, Senator or President, if you so choose, in the future.

Out gay candidate Jonathan Lovitz and out transgender candidate Deja Alvarez both lost in the race for the 182nd state house district, with journalist Ben Waxman getting the most votes last night. The crowded race was for Sims’s seat that he left open to run for lieutenant governor.

In another closely-watched race out of Pennsylvania, Mehmet Oz is in the lead in the GOP U.S. Senate primary, which still hasn’t been called. Oz is deadlocked with David McCormick, leading by about 2000 votes. Pundit Kathy Barnette, who was also a leading contender in the primary, has fallen far behind Oz and McCormick.