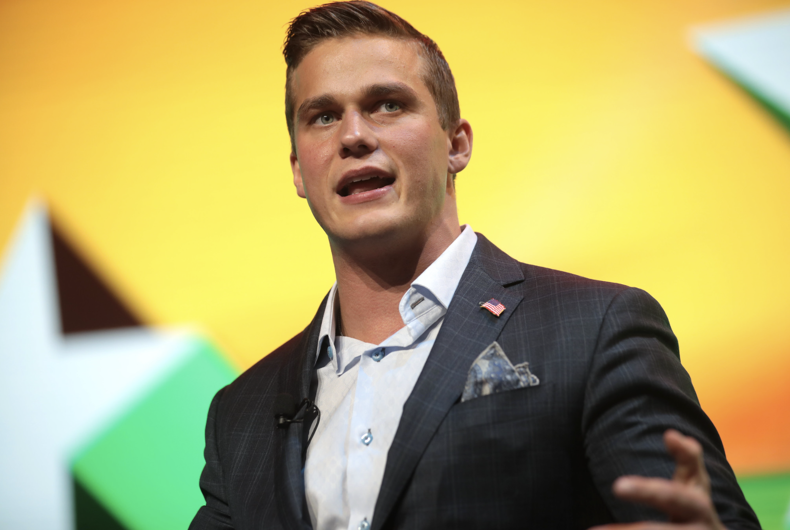 Rep. Madison Cawthorn (R-NC) decided that Congress needed to hear his definition of the word “woman,” and now people are making fun of the strange definition online.

“Take notes, Madame Speaker, I’m about to define what a woman is for you,” Cawthorn said, as if “Madame Speaker” doesn’t know what she is. “XX chromosomes, no tallywhacker. It’s so simple.”

Cawthorn was, of course, presenting a definition of the word “woman” that intentionally excludes transgender women as well as many intersex women. He has a history of anti-transgender comments.

On Twitter, people made fun of Cawthorn for his bizarre way of referring to a penis.

Cawthorn: let’s make this as weird as possible

Is it legal for Madison to hire 7th and 8th graders as speech writers?

This is what happens when you're homeschooled on physiology. At least he didn't call it a peepee.

Gotta think for a sec if that’s better or worse than Earthen Vessell.

I mean it doesn’t have that “YOU will live a life of servitude because MY Bible said so” aspect attached to it..

And now "tallywhacker" is part of the Congressional Record. 🙄🤨

In the interview with the Citizen Times, Cawthorn also said, “I don’t think we should indoctrinate extremely young children and allow them to have life-altering surgeries at a very young age and change their gender.”

Gender affirming surgery is not performed on minors. Gender affirming care for younger children involves social transitioning, where the parents create a welcoming and loving environment for their children to express their identity and be treated as the girl, boy, or non-binary person that they are.