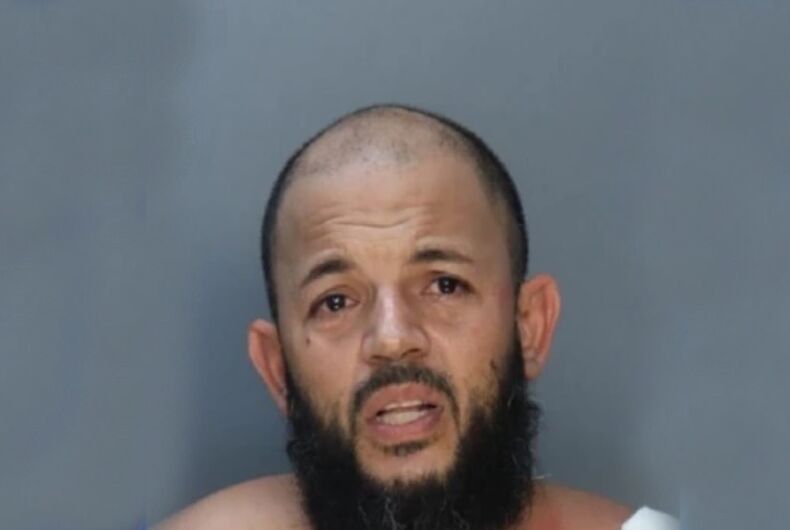 A Florida man has been arrested after he attempted to “cut the gay out” of his brother.

Police were called to a Miami home after a call about a “violent dispute” between the two men.

Related: Hate church called for death to gay people. Now they’re getting what they deserve.

David Martinez threatened his brother “while sharpening a large kitchen knife, telling him he was going to cut the ‘gay’ out of him.” Martinez had reportedly “been acting strangely since last night.”

When his brother attempted to leave, Martinez followed him outside and forced him back into the house. The victim eventually escaped the confines and alerted a friend who called police.

While he originally resisted arrest, Martinez was subdued by officers and taken into custody.