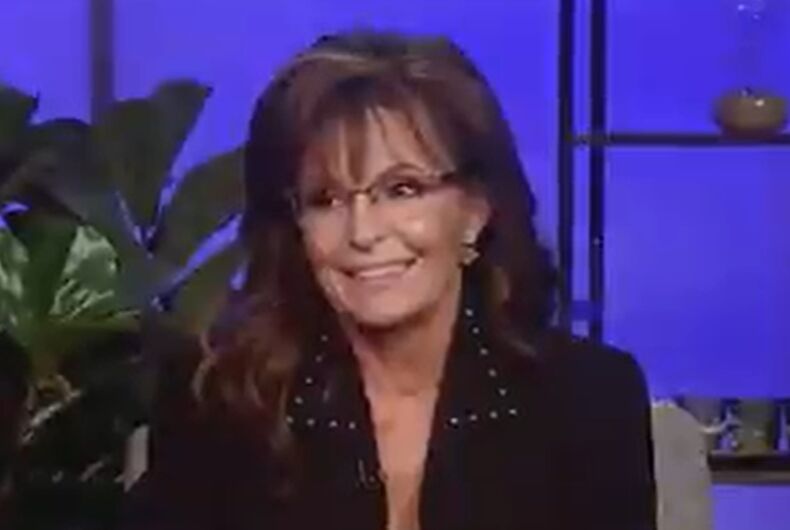 Speaking to host Rachel Campos-Duffy, Palin criticized both Harris and AOC for attributing certain criticism they have received to sexism.

“I’m really thankful that I was brought up in a place where gender truly has not mattered,” Palin continued, “and I certainly don’t blame criticisms on me being female.”

Campos-Duffy than called Palin a “great example to women.”

The conversation began with Campos-Duffy criticizing Vice President Harris for refusing to take responsibility for her “long list of failures,” citing a New York Times article that said Harris believes media coverage of her would be different if she were a white man.

Campos-Duffy then moved on to ranting about a tweet from AOC in which she mocked former Trump campaign advisor Steve Cortes for criticizing her boyfriend’s “gross pale male feet.”

“If Republicans are mad they can’t date me they can just say that instead of projecting their sexual frustrations onto my boyfriend’s feet. Ya creepy weirdos,” AOC wrote.

If Republicans are mad they can’t date me they can just say that instead of projecting their sexual frustrations onto my boyfriend’s feet.

This tweet sent Palin into a tirade about how AOC has an “obsession” with gender and sex and uses this so-called obsession to deflect from the real issues. Somehow, she then seemed to use it as proof that it’s actually conservatives who don’t care about people’s sex lives, despite their continued attacks on LGBTQ rights.

“Look how the liberals want to pound that into the public’s head, advertising who is attracted to who, what people will do in the privacy of their own bedrooms, all those things that have to do with privacy and sex, the liberals not the conservatives are the ones who pound, pound, pound after that,” Palin said.

Moving on to discuss Harris, Palin then complained that Trump had it much harder with the press, saying that women who have been raised with a good work ethic wouldn’t be blaming gender.

“Perhaps, again, their foundation isn’t what is commonplace in the American populist,” she claimed, “where, no, gender really doesn’t matter.”

“The liberals not the conservatives are the ones who pound pound pound” pic.twitter.com/zOd08alfif

Republicans in 7 states rang in 2022 by attacking trans youth

He wants to burn books about LGBTQ topics. He just got elected school board president.