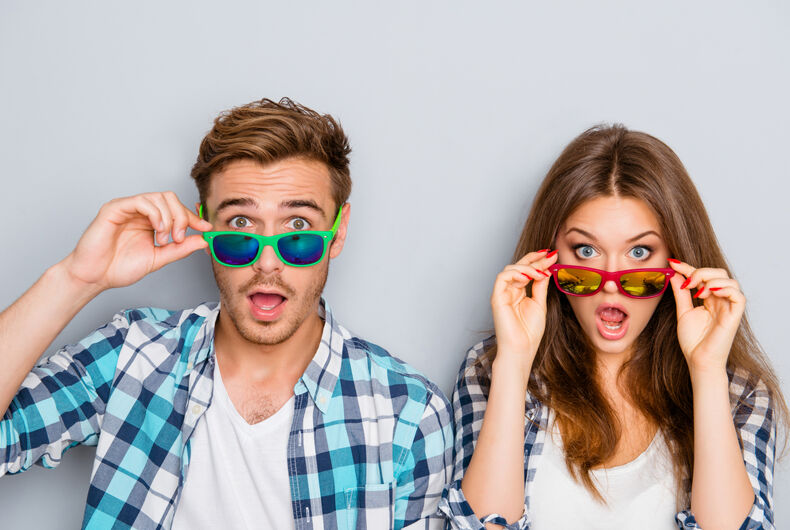 Bisexual people are so frequently left out of discussions around LGBTQ issues that it’s spawned the term “bisexual erasure.”

But Google may have put too fine of a point on it when they released an online glossary of LGBTQ terms that included anti-gay slurs and demisexuals, but left out bisexuals and pansexuals entirely.

Related: I think I am bisexual. What should I know?

The LGBTQ+ Language and Media Literacy Program by VideoOut as part of its LGBTQ+ Learning Project. They partnered with the Google News Initiative and Men’s Health magazine to produce the list of terms.

The tool purports to “guide journalists through the complex world of LGBTQ+ vernacular,” but the entire exclusion of one of the letters in that term is being perceived as remarkably tone deaf and thoughtless. The team that put the list of 100 words and phrases was comprised of queer people.

“Recently we launched The LGBTQ+ Language and Media Literacy Program, a living and breathing resource that we will continue to add to over time. We left out some terms and phrases at launch — bisexual, for example — that should have been included from the very beginning!” Jordan Reeves, the Executive Director of VideoOut, told the LA Blade after the obvious mistake was pointed out.

“We are keenly aware of bi-erasure and the persistent confusion around bisexual identity. We are sorry we didn’t include it at luanch, [sic] but we are adding it (along with pansexual) very soon. We started with 100 entries (definitely not a comprehensive list…yet), and we are really excited to add entries as the community gives us feedback and suggestions.”

Reeves did not offer up an explanation of how a team of language experts forgot to include two of the most common words in the LGBTQ lexicon. They also did not say how many members of their team identify as bisexual or pansexual or when the omission will be fixed.

A study released last year showed that 5.6% of American adults say they are part of the LGBTQ community. Over half identify as bisexual.