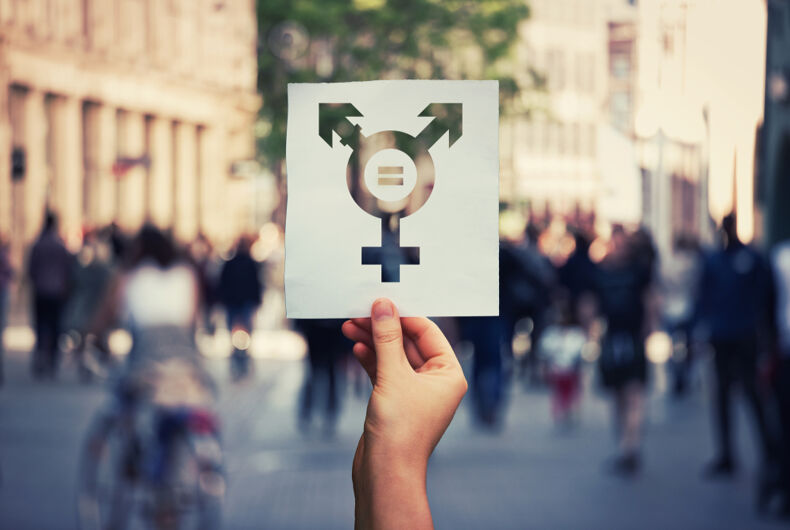 While conversations about sexuality and gender identity are becoming more and more commonplace in society nowadays, they were controversial subjects just a few decades ago.

The idea that sexuality isn’t necessarily rigid, that gender is a construct, that the binary isn’t the only way to understand gender – these are all concepts that we can thank the likes of Judith Butler, Annamarie Jagose, and Jose Esteban Munoz for. These early proponents of queer theory have changed the way we think about and talk about sex and gender today.

But what is queer theory exactly? What is the purpose of queer theory? And how did it come about?

What Is Queer Theory?

Queer theory is a field of study that challenges existing traditional ideas about identity, sexuality, and gender – particularly that of heteronormativity, or the belief that heterosexuality is the natural, moral, or “normal” expression of sexuality. For queer theorists, heteronormativity permeates various aspects of society, is reinforced by institutions (think the Church and the legal realm), and is ultimately a way to yield power and control.

In a sense, queer theory is the study of what we as a society deem as “normal” and why these assumptions exist in the first place. It seeks to understand who benefits from and who is “othered” or isolated by these constructs.

However, in the same way that the origins of queer theory may be difficult to pinpoint, it is hard to distill the queer theory definition into a single idea or concept. Queer theory emerged from a variety of studies and cultural movements, including feminism, gay and lesbian studies, sexual subcultures, and black activism, particularly around the late 1980s and early 1990s.

To help you get a better grasp of some of the big topics that queer theory covers, here, we introduce three key ideas:

The Performativity of Gender

Philosopher Judith Butler is one of the key figures in the study of queer theory, as well as feminist and LGBT studies. In her most popular work, Butler introduces the idea of gender as a set of behaviors rather than something that is innate in every person.

Butler talks about gender as “performatively constituted by the very ‘expressions’ that are said to be its results”. In essence, Butler posits that our repeated performance of certain “norms” leads to the assumption that heteronormativity is built into our nature, and that anything outside of it – i.e. homosexuality – is considered deviant.

The Act Of “Queering”

You may have asked yourself, “Why is the term “queer” used to describe queer theory?” The word “queer” is believed to have been used in the early 1500s as a way to describe something that was peculiar or not normal. If something out of the ordinary happened, you could say that you were experiencing something “rather queer”. Over time, “queer” developed as a pejorative term to describe someone who was “homosexual”, particularly in the late 1800s and early 1900s in the US.

But by the 1980s, at the height of the AIDS crisis, members of the LGBT organization Queer Nation took it upon themselves to reclaim the word as a positive label rather than a term to be ashamed of. Today, the word queer is more commonly used as an umbrella term for anything that is not heterosexual.

For queer theorists, the word “queer” is not just an identity but rather a critique of the mere concept of creating and maintaining our identities. According to the Merriam-Webster dictionary, the verb “queering” means “to consider or interpret something from a perspective that rejects traditional categories of gender and sexuality”. As such, you’ll find books and journals with titles like “Queering the City”, “Queering History”, and “Queering English”.

Queer Theory As A Critique Of Power

Oscar Wilde is quoted as saying “Everything in the world is about sex, except sex. Sex is about power.” While Wilde wasn’t talking about queer theory when he wrote this, it is an accurate distillation of French philosopher Michel Foucault’s work on power relations, which influenced the studies of prominent theorists like Butler and Anzaldua.

Foucault often spoke about power, critiquing institutions like the police, prisons, and the medical field for how they treated people in a capitalist bourgeois society. In The History of Sexuality: The Will to Knowledge, he critiqued the popular notion that the 17th to 20th century was a time of sexual repression, and spoke about how the discourse about sex could not be separated from that of power.

Now, what does this have to do with queer theory? As explained by Tamsin Spargo in Foucault and Queer Theory, Foucault traces a line between Christian confession and psychoanalysis – both popular cultural practices (with asymmetrical power relationships) that focused on finding “the (shameful) truth about sexuality and used the process of confession as its key method of finding it”.

This, along with “new governmental regimes” that sought to regulate sexuality from the 18th century onwards, is believed by Foucault to have a hand in the construction of the concept of modern homosexuality.

The homosexual identity and  other groups of “deviant” people who were typified by the medical field “were designed to preserve and foster a productive and procreative population (or workforce) that met the needs of a developing capitalist system”, wrote Spargo.

If you want to learn more about queer theory and understand how to apply queer theory in your daily life, these 5 books should serve as a good foundation:

1. The History of Sexuality by Michel Foucault

As mentioned, Foucault’s History of Sexuality was a seminal work on the study of sexuality and identity, and laid the groundwork for the philosophers of the 1980s and 1990s to develop queer theory.

In the four-volume work, Foucault states that the idea of speaking your identity characterizes who we are as a society. In providing a language for our sexuality, we don’t merely introduce or restate an existing identity – we actually construct it.

Since this book was published in 1990, Judith Butler became one of the biggest names in feminist theory, gay and lesbian studies, and queer theory. Building on much of what Foucault established in History of Sexuality, Butler shattered “essentialist” notions about gender and sexuality and introduced the concept of performativity. Unfortunately, Butler’s prose would at times be too dense or esoteric for non-academics to access, so the book also met a lot of controversy upon its publication.

3. Epistemology of the Closet by Eve Kosofsky Sedgwick

Another seminal work in queer studies is Sedgwick’s Epistemology of the Closet, which contains literary analyses of the works of Melville, Proust, Wilde, and Nietzsche. Alongside these analyses, Sedgwick offers thought-provoking arguments about the construction of the homosexual man and the homo/heterosexual binaries and norms reinforced in the 20th century.

If you need a quick and easy introduction to queer theory, Annamarie Jagose’s book provides all the insight you need to jumpstart your scholarship. In Jagose’s foundational work, she gains insights from the likes of Butler and David Halperin.

The LA Review of Books called Disidentifications: Queers of Color and the Politics of Performance Jose Esteban Munoz’s “most evocative and possibly most influential writings on the subject of sexuality”, stating how the book “revolutionized the discussion of how queer artists of color employ and manipulated their hybrid identities”.

Queer theory is a critical perspective on society and culture, challenging assumptions about power, sexuality, and identity, as well as the way people interact with one another through these facets of their lives.

This blog post has been a quick crash course in queer theory and the key ideas behind it. Stay tuned for more posts about queer theory, history, and culture!

Here are the winners of LGBTQ Nation Heroes 2021