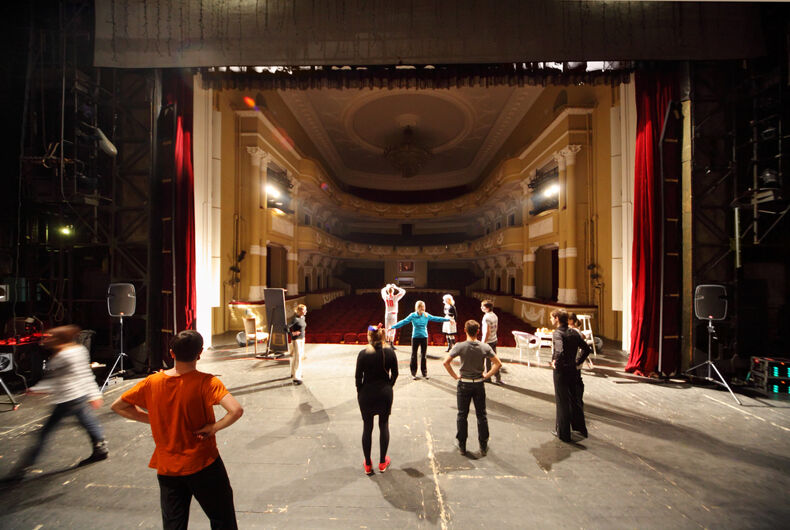 According to students, a high school in Hillsboro, Ohio has cancelled their annual play after a local minister complained about a gay character.

Hillsboro City Schools Superintendent Tim Davis released a statement to the local television station saying “the fall play has been canceled this year because the play was not appropriate for our K-12 audience.”

She Kills Monsters, by Qui Nguyen, is regularly performed in high schools and colleges around the nation. The story is about a high school senior who sets out to learn more about his recently deceased sister and includes the implication that she was gay.

The play is intended for audiences as young as 11-years-old.

Jeff Lyle from Good News Gathering denies pressuring school administrators to cancel the play, but students say the decision came shortly after Lyle and a group of parents confronted the play’s directors about the content.

Lyle told the station “from a Biblical worldview this play is inappropriate for a number of reasons, e.g. sexual innuendo, implied sexual activity between unmarried persons, repeated use of foul language including taking the Lord’s name in vain.”

“I am beyond livid,” Hillsboro High junior Chris Cronan said. “We worked very hard on this play – we had a lot of people in that school who are in the LBGTQ community.” Cronan had a major role in the play.

“This choice is harmful and offensive to the LGBTQ+ community at large, but especially harms the LGBTQ+ students at HHS,” Hillsboro Against Racism and Discrimination said in a post on Facebook. “It shows these kids that their hard work doesn’t matter, and creates an environment of fear. It shows them that if it comes down to protecting the feelings of homophobic people, or protecting them from discrimination, the school will choose the side of homophobia.”