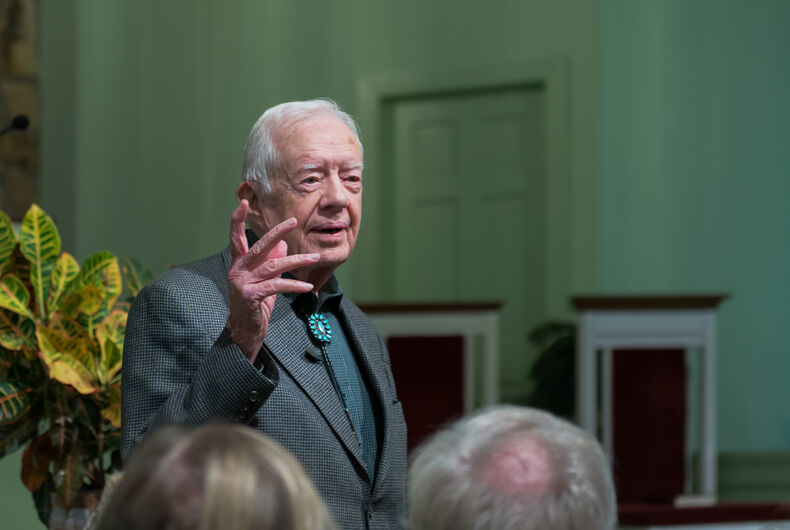 When I heard the news that it was former President Jimmy Carter’s 97th birthday this past Friday, I had a big smile on my face.

I was so happy that this individual, a man who has done so much good for our country, has lived longer – by four years – than any other president in American history.

Although I am the son of someone who worked and was good friends with President Ronald Reagan (who defeated Carter in the 1980 election), I have always been a fan of Carter and had the honor of meeting him and former First Lady Rosalynn Carter in their hometown of Plains, Georgia back in 2013.

The mainstream narrative for many years was that Carter was a good man but ineffective as a president, largely due to the several crises that took place during his presidency including the American hostages in Iran, the gas shortages, and the economic malaise. But in recent years a re-examination has taken place, and I’m so glad that President Carter has lived enough to see the new appreciation of his tenure in the White House come to pass.

The main crux of this positive re-appraisal was Carter’s policies on climate change and civil rights for African Americans, but I also think it’s important to take a look at how progressive and forward-thinking he was on the rights of the LGBTQ community as well.

In 1977, Carter was the first president to have his staff meet with gay and lesbian rights activists at the White House and came out against Proposition 6 in California in 1978, a ballot initiative that would have banned gays and lesbians from teaching in schools.

It was at the 1980 Democratic National Convention in New York, when Carter was nominated for re-election, that we had the largest amount of LGBTQ delegates at a Convention up to that time – 77 in total. It was the first time that a major party included opposing discrimination based on “sexual orientation” in its platform, a major achievement especially at that moment in our history.

It should also be noted that Carter was the first U.S. commander in chief – albeit decades after he left office – to publicly endorse marriage equality. He came out for it in 2011, a year before President Barack Obama made his historic declaration of support while in office.

But one thing I think the public has realized is that Carter, like him or not, was way ahead of his time on many of the issues that are at the forefront of our public dialogue today. He was a trailblazer, and I’m so pleased that he is finally getting recognized as one.