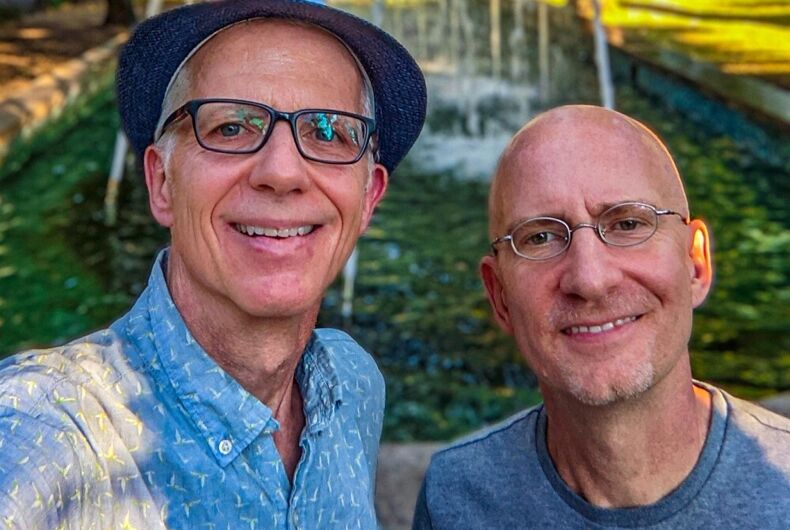 Michael and I are a longtime couple, and we’re also digital nomads, indefinitely traveling the world going on four years now.

A few weeks ago, when Michael and I were living in Sibiu, Romania, I suggested that he and I go for a hike through the national park at the edge of town.

This being Europe, where national parks are usually not the sprawling wildernesses of America, the park came to an end after about eight kilometers.

But Michael realized we were only another five kilometers from Rășinari, a little Romanian village we’d been meaning to visit. There had once even been a tram line from Sibiu, an attempt to bring in tourists, but it had long since been discontinued.

I didn’t mind walking along the two-lane road, which included a dedicated (and deserted) bike path off to one side, but I was worried how we’d get home.

Michael waved his hand vaguely in the air. “Oh, I’m sure there will be a cab or a bus or something we can take back to town.”

“But if there isn’t,” I said, “it’ll mean another thirteen-kilometer walk back home.” That would mean a hike of over sixteen miles.

“I don’t know. I really don’t want to get stranded.”

Finally, I reluctantly agreed, and we walked onward toward the town.

Right away, the bicycle path disappeared, merging with the road, and then the shoulder completely disappeared too. We were now basically walking in the road itself. And we’d been in the shade of trees before, but then they disappeared too, leaving us plodding forward in the blistering sun.

We considered walking on the tracks to that old tram line, which paralleled the road, but it had long since been reclaimed by tall, prickly weeds.

Cars zoomed by, and we tried to remember, when in situations like this, was it better to walk with the traffic, or face it oncoming on the other side of the road? (The experts’ answer? Face the traffic.)

Finally, we arrived in Rășinari, which was fine: charming but not you-absolutely-have-to-see-this-place charming. The town included two restaurants, but neither had outdoor dining — essential for us in the COVID Era — and they looked terrible anyway, so we definitely weren’t getting lunch.

Deep inside my tennis shoes, I could feel the throbbing heat of blisters on both my feet.

In about ten minutes, we’d seen all there was to see, so I said to Michael, “I think we should go back now.”

We asked a store clerk if there was a place we could catch a cab, she shook her head. “No cabs here.” We asked her about a bus back to Sibiu, but we didn’t understand her weird, complicated answer.

No one else spoke English.

So we called a cab, just like Michael had suggested.

And no one answered the phone at either of Sibiu’s cab companies. There is no rideshare in this part of Romania.

At this point, it was all I could do not to turn to Michael and say, “See? I told you so!”

So, instead, I just strongly implied it, by sighing deeply and saying, “Well, I guess we’re going to have to walk the thirteen kilometers back home…”

We started back, along a different road through town.

And immediately came to a bus stop. A teenage girl was waiting under a shelter, and I asked her, “Is this the bus back to Sibiu?”

“Yes,” she said in perfect English. “It’ll be here in about ten minutes.” And when the bus pulled up, she said, “This is the bus you need.” She even told us the charge — about forty cents.

Suddenly, I saw the village of Rășinari with different eyes. A little river ran through the center, and the meager traffic was part car, part horse-and-wagon. How many times in my life would I see a Romanian village like this?

Right near the bus stop, I spotted the abandoned tram that had once carried tourists. And a local shrine was pretty interesting too.

How did I miss all this? I thought.

And I realized that I’d committed the cardinal sin of travel — the one thing that is absolutely certain to destroy every travel experience.

I had stopped looking on the bright side. I had started looking for reasons to be annoyed — to say, “I told you so!” to Michael. 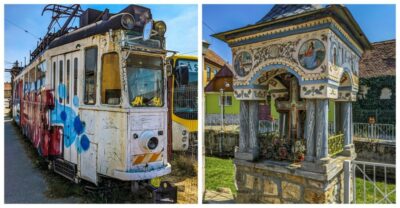 Here’s a key truth about travel. Planet Earth is an imperfect place. If Paradise ever existed, it’s lost now. Atlantis sank a long time ago, and to hear the New Yorker tell it, El Dorado is just a bunch of jungle-covered hills in Central America.

In other words, if you go looking for reasons to believe the world is a boring or terrible place — if you want reasons to be miserable — you’re sure as shit going to find them.

But, of course, that’s not the whole truth about travel. Atlantis sank, and El Dorado is deep under those jungled hills, but there are plenty of other places still worth visiting.

Even, maybe, Rășinari, Romania, if you’re in Sibiu and don’t have anything better to do.

In editing each other’s travel writing, Michael and I often talk about the impression we’re leaving our readers with: Are we spending too much time talking about the positive and not enough about the negative? Because while we sometimes mention the negative, we do focus on the positive.

The truth is, to be a successful traveler — writer or not — you literally have to focus on the positive.

Because slightly annoying things happen all the time. 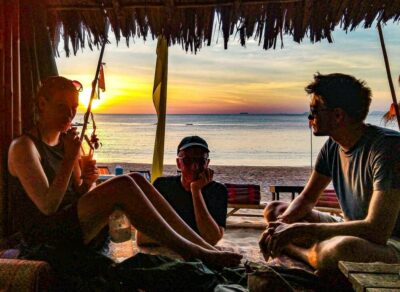 We’re currently living in Keszthely, Hungary, a small town on massive Lake Balaton, and we arrived to discover the faucet in the kitchen sink of our apartment has no running water: until it’s fixed — if it’s fixed — we have to wash all our veggies in the bathroom sink, and do our dishes in the bathtub.

We’d still take the same apartment. It’s a friend-of-a-friend handshake rental, and the price is insanely cheap. And the rest of the apartment is more than fine.

But it’s a hassle.

We’re still not exactly sure what it is about us and fire.

So what’s the truth about the locations we write about? Would our readers enjoy them as much as we do?

Maybe, but maybe not. Because, sure, travel is partly about the locations. Istanbul is an objectively grand city, compared to all the others on Earth. Romania is objectively green and peaceful.

But travel is also at least as much about what’s inside your head — the attitude you bring to the different locations and your various encounters.

Michael and I aren’t perfect. Me especially. I sometimes let negative thoughts win, like on that trip to Rășinari.

I sweat the small stuff, frequently lose the plot, and die on hills I never should have climbed in the first place.

But there’s something about travel that makes it easier to go with the flow, to be open to possibility and just let things unfold. Maybe it’s because things are constantly in flux, so you’re constantly having to readjust anyway.

Or maybe there are just too many little annoyances to get bent out of shape by things that barely matter. You need to save your energy for the things that do.

Like, uh, when your plane or apartment catches on fire.

In any event, whenever I’m on the road, it’s always so incredibly obvious that the experience is much, much better when I focus on the good and try, as much as possible, to ignore the bad.

You know how the center part of a watermelon is usually the juiciest and the sweetest? When you finally do get to the center part, why in the world would you spend your time obsessing over the rind?

For me, the sweet, juicy part of the travel watermelon is almost always the unexpected things.

It’s the great restaurant that no one recommended but that Michael and I just happened to wander into in Polignano a Mare, Italy, where I had that incredible grilled octopus.

Or when we met friends for drinks at a sunset bar on the beach in Koh Lanta, Thailand, and realized that none of us had ever tasted a Singapore Sling, so we ordered them all around. Now, even though none of us particularly liked the drink, whenever I see or hear a mention of Singapore Slings, I remember that lovely evening.

In our last four years of travel, after seeing so many incredible places, Michael and I have coined a saying, something we’re always repeating to each other:

All you have to do to see something interesting is just step outside your door!

But the truth is a little more complicated than that. You also have to train yourself to look for the interesting things, to stare deep into tidepools and be open to hidden possibilities.

You also have to train yourself to let the other stuff go — to keep the bad stuff in perspective and ignore the negative thoughts.

Does this same advice apply to more than just travel — to all of life?

I can’t presume to know anyone else’s circumstances. After four years of travel, I also know that a lot of the misery in the world is very real — it’s not a question of attitude at all.

(But anecdotally? Weirdly, people seem less happy in the United States compared to the rest of the world, even countries that are much poorer than we are. I blame materialism, consumerism, social media, and the breakdown of community and the family. But whatever you think is probably right too.)

Personally, I used to be less happy, more inside my own head, always eager to find a reason to be disappointed or pissed off. Then I started traveling, searching for the next sweet watermelon, and that became less of a problem.

Okay, yes, for the time being, we’re doing our dishes in the bathtub.

But in a month, we’ll have a new apartment. And tomorrow I’ll come across something else incredible I never expected to see.