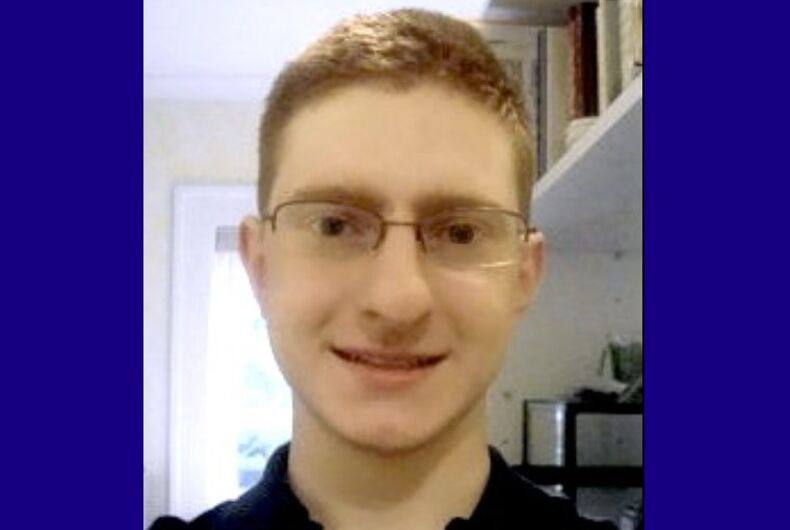 The Tyler Clementi Higher Education Anti-Harassment Act is being introduced today in the Senate and the House on the anniversary of Tyler Clementi’s death in 2010. If passed, colleges and universities that receive federal funds – which is nearly all of them – will have to pass policies to address harassment and bullying that target a number of historically oppressed identities, including sexual orientation and gender identity.

They will also have to recognize cyberbullying as a form of harassment.

Last, the bill will offer grants to schools to encourage programs that fight harassment or provide counseling services.

“No student should live in fear of being who they are at school,” Baldwin said in a statement. “By reintroducing this legislation, we are taking a strong step forward in not only preventing harassment on campus, but also making sure our students have the freedom to learn and succeed in safe and healthy environments. Everyone at our colleges and universities deserves to pursue their dreams free of harassment and bullying.”

Clementi’s death shocked the country in 2010. He was 18-years-old, a new student just starting college at Rutgers University in New Jersey, when his roommate and another student secretly recorded him kissing a boy in his dorm room.

His death put cyberbullying and LGBTQ teen suicide on the front pages of newspapers around the country. Democrats in Congress first introduced the Tyler Clementi Higher Education Anti-Harassment Act in 2010, shortly after his death.

“Today we honor the life of Tyler Clementi by reintroducing this critical legislation. No one should be bullied because of who they are or who they love,” Pocan said. “This bill will help ensure that students can learn in peace and not have to worry about living in fear or humiliation for being themselves.”

According to the organization Campus Pride, gay and bi college students are twice as likely to face derogatory remarks due to their identities, compared to straight students. They’re also twice as likely to experience harassment on campus.

“For too many students, campus bullying and harassment just devastates their mental, emotional, and physical health – in particular LGBTQIA+ students, who are nearly twice as likely to face this type of abuse,” Murray said. “And this is all in the middle of a pandemic that has made mental health issues even worse.”

Tyler Clementi’s mother Jane Clementi said she’s “grateful” that the bill is being introduced again, and this time with 26 co-sponsors in the Senate.

“We believe all institutions of higher education should have policies to keep all their students safe,” she said, “because every student deserves a positive educational experience in a safe environment free of harassment, bullying, or humiliation.”

There are currently two out LGBTQ U.S. senators, Baldwin and Sen. Kyrsten Sinema (D-AZ). Sinema is not currently one of the bill’s 26 Senate co-sponsors.