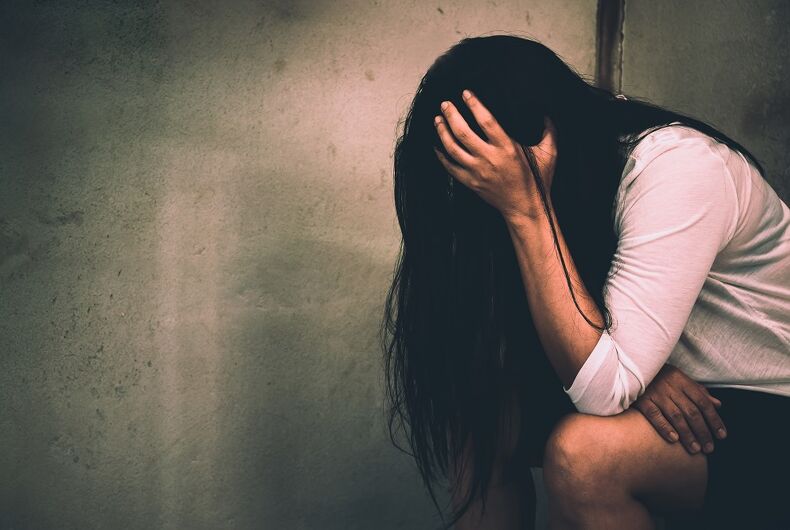 A new study by the Williams Institute found that more than half of LGBTQ adults in the U.S. have experienced threats of violence and more than one-third have been the victims of actual violence.

Related: A 12-year-old boy was tortured for being gay on Instagram Live. His mom filmed & broadcast it.

Of the 75% of respondents who said someone has thrown an object at them, 76% were transgender, 76% were GBQ cis men, and 74% were LBQ cis women.

The study also found that 75% of LBQ cis women, 75% of GBQ cis men, and 70% of transgender respondents had been bullied before age 18.

The data relies on what the study’s authors call “the first nationally representative dataset to focus on LGBTQ people in an investigator-designed survey,” meaning those in charge of the survey could “ask questions specifically geared to the LGBTQ population, in addition to general questions relevant to the whole population that are typically included in national and regional studies.”

Past studies on the LGBTQ community have been more limited, the authors explained in the report, and often work with smaller sample sizes or else have limited access to random samples of the LGBTQ population.

Unsurprisingly, it also found that transgender people were the greatest victims of housing discrimination. 17% of transgender respondents experienced housing challenges, compared to 8% of LBQ cis women and 7% of GBQ cis men.

Large percentages also reported experiencing everyday discrimination, which can manifest in the form of microaggressions or any other way that one is treated with less respect than others.

56% of transgender respondents, 48% of LBQ cis women, and 34% of GBQ cis men said they have experienced this lack of respect.

The military asked. I told. They threw me out for “fraudulent entry.”