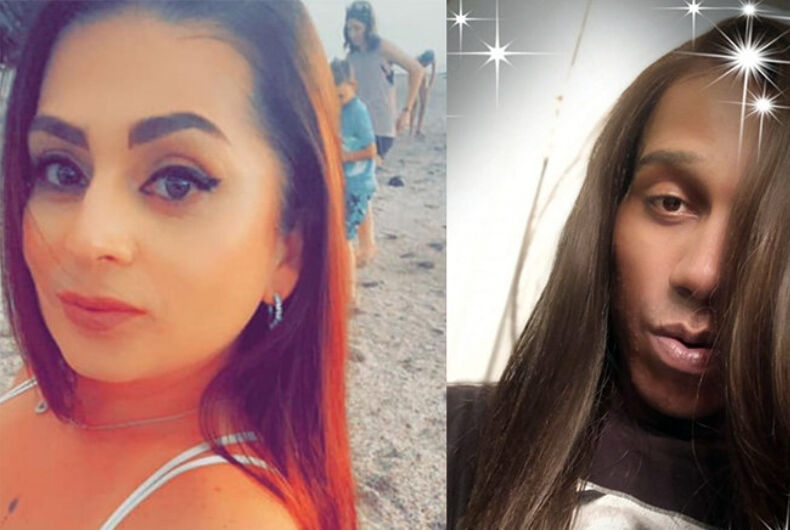 Sophie Vásquez and Danny Henson, both transgender women of color, were murdered on May 4. Their deaths remain unsolved and no suspects are in custody.

To add insult to injury, Vásquez, an Atlanta native, was deadnamed and misgendered in the police report.

Vásquez’s body was found in an apartment hallway door.

“Through communications with the Community Estrella and the Brookhaven Police Department, I confirmed reports that a Latina transgender woman, Sophie Vásquez, was murdered in Gwinnett County on the morning of May 4,” Darlene Darlington Wagner, the president at Transgender Day of Remembrance Atlanta posted on social media.

Director of Community Engagement for the Transgender Justice Initiative at the Human Rights Campaign Tori Cooper added, “Sophie had friends, family and a community that she was a part of, and she should never have been taken from them.”

“We need everyone to continue to speak up in support of trans and gender non-conforming lives. It will take all of us to end the stigma that so many in the community face, and bring this violence to an end.”

In January, another trans woman, Bianca “Muffin” Bankz was killed in a murder/suicide in Atlanta.

Sophie was continuously misgendered and deadnamed by the police team investigating the case. When will we able to die with dignity!

Henson was killed in her home in Baltimore, Maryland.

“The injustices that we’re facing in our own backyard is horrendous,” Baltimore Safe Haven’s Iya Gammons said. “We are dying at an alarming rate.”

Henson’s family believes the killer is someone she was romantically involved with.

“I’m still emotional, but I’m trying to hold it together,” Danny’s brother Michael Henson told local news. “It took me a moment to get out of bed. I just literally laid there and cried.”

“I want to have faith in the system I really do,” he said. “I mean otherwise it hasn’t proven to be any good to me.”

At least 24 trans or non-binary people have been violently killed so far this year.

Is climate change an LGBTQ issue? Let’s find out on this week’s podcast.