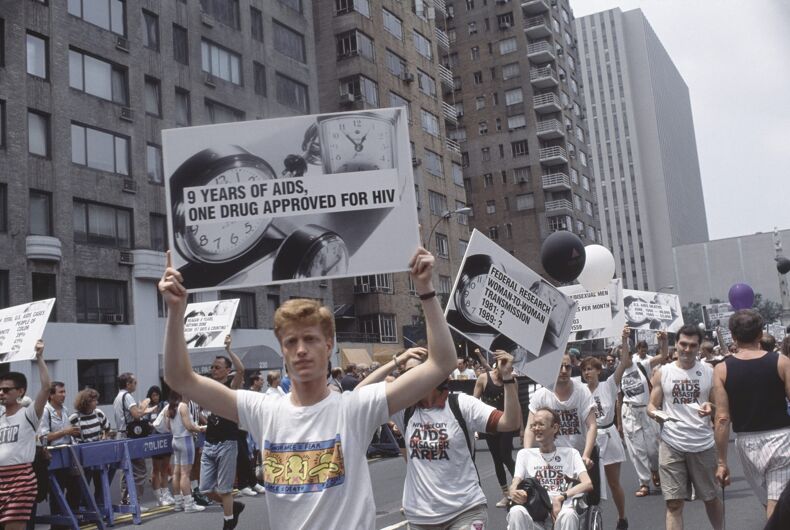 In the 1980s, gay men were ravaged by AIDS, with the disease quickly spreading to other minority groups across the globe. The horror of the disease brought with it a fiercer, angrier, more urgent activism as people watched their loved ones continue to die as successive Republican administrations pretty much ignored it–or blamed the victims.

As anger grew, so too did visibility. More people came out, attended parades, and marched in demonstrations in an effort to obtain more funding for AIDS research and reduce the stigma of HIV.

In 1987, a group in New York City led by Larry Kramer founded ACT UP, which quickly became known for the unapologetic ferocity of its protests. ACT UP members took actions like storming the FDA to demand access to an experimental drug; access the FDA granted a few months later.

NPR called ACT UP “one of the most influential patient advocacy groups in history.” The group forever changed political organizing, as well as the way experimental drugs are tested for diseases. 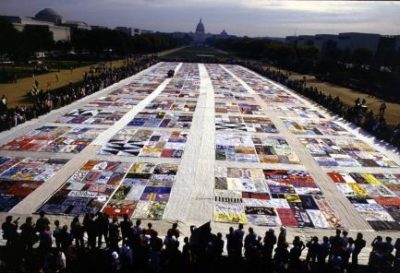 1987 marked the second National March on Washington for Lesbian and Gay Rights. 200,000 people attended to fight for an end to legal discrimination as well as more funding for AIDS research.

The event included the display of the massive AIDS Memorial Quilt, the brainchild of activist Cleve Jones. The quilt had 1,920 panels, took up two city blocks, and was displayed on the National Mall. Each panel represented an individual who had died of AIDS, usually hand sewn by a friend or family member.

The AIDS Memorial Quilt remains a living work of art today and now has more than 48,000 panels. It is one of the largest ongoing community folk art projects in the world.