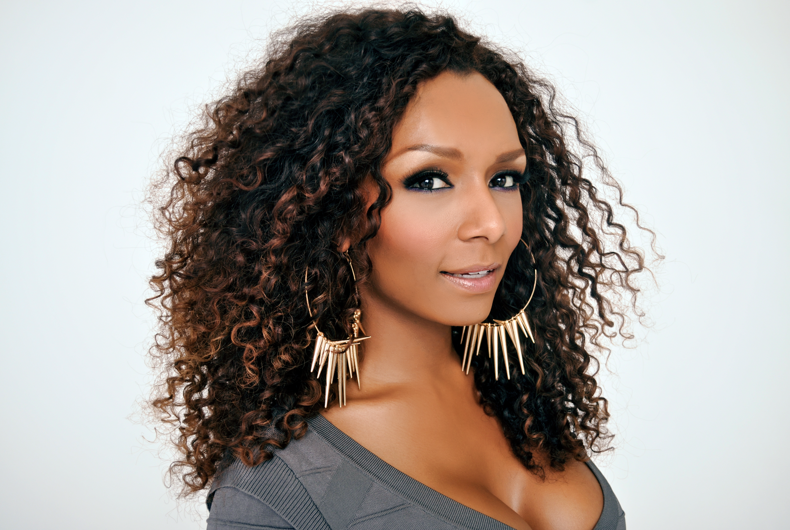 The third and final season of the hit FX series Pose will begin to air this weekend. In a return to a tradition rarely seen over the last year, the show had an in-person red carpet event to premiere the first episode of the season. While the event was mostly a joyous celebration of the landmark show, executive producer Janet Mock had some other reflections.

In a contentious 15-minute speech she reportedly slammed her co-producers on Pose. “I want to get paid more,” she said prior to the screening. “Why am I making $40,000 an episode, huh? Do you know who the fuck I am?”

Related: Janet Mock discovers where her last name comes from & her reaction may take you by surprise

Mock also took issue with how the first few episodes of Pose’s new season were written, and suggested that it became necessary for Murphy to “bring the girls in to help” with the writing afterwards. “I am angry,” she stated.

That’s when Murphy, in the audience during the group’s discussion, reportedly chimed in. According to Variety, “when [Mock] asked Murphy who brought the ‘girls in,’ Murphy said, ‘I did.'” He then said, “I wanted the girls to be there.”

Murphy didn’t negotiate the salaries of Mock or other Pose writers and producers, but he reportedly “played a significant role” in Mock’s current first-look detail with streaming service Netflix.

“Does this make you uncomfortable? It should,” she remarked at one point. “It should make you fucking shake in your motherfucking boots. This is speaking truth. This is what ‘Pose’ is.”

She also allegedly admitting to sleeping with someone on the Pose set. Mock has been in a relationship with Angel Bismark Curiel, who stars on the show as Lil Papi, and was present at the event. Page Six stated that Mock called for Curiel in the audience and asked for Curiel’s forgiveness.

Mock then apologized to Pose writer and producer Our Lady J, for diminishing her while Mock tried to make herself “bigger.”

“I fucked up, y’all. I forgot who the fuck I was. They want me to come up here and pretend,” she claimed.

“What the hell is happening?” one of the show’s guest stars allegedly replied aloud.

Someone at the event reported that Mock was “emotionally unhinged” and immediately regretted her actions. Mock was reportedly supposed to appear on “Good Morning America” but did not, and she nor her representatives returned comment on the matter to Variety or Page Six.

Despite the tense moment, the rest of the event, held at the Lincoln Center in New York, went on without incident. The cast reflected on the show’s legacy in front of 100 guests and media representatives photographed stars on the red carpet and interviewed them while being socially distanced, and behind glass in some cases.

“The legacy of ‘Pose’ simply is exuberant lives finally getting their chance and stapling it in the industry and in the realm of acting and making sure there’s more space open,” Mj Rodriguez said.

“I never thought in a million years a girl like me from Newark, New Jersey, who had it hard, who didn’t get her chance out there, to finally get it and to solidify it with a great season. That’s what it means.”

Mock, in her more cheerful remarks, said that “I was just a little black trans girl growing up in this world & having no images of myself. And I got to go on and put five images of myself on screen. There’s no words to describe that.”

Mock was also profiled by the New York Times in an article published today, reflecting further on Pose and her part in the show’s final season – the show’s love stories in particular.

Created by Ryan Murphy, Brad Falchuk, and Steven Canals, Pose focuses on LGBTQ Black and Hispanic people in New York City’s ballroom scene in the 1980s, with big-name talent like Mock, Billy Porter, Angelica Ross, and 2020 LGBTQ Nation Hero Indya Moore having worked on the show. Out stars Jeremy Pope and Jeremy McClain will guest star, in addition to Jackee Harry, Noma Dumezweni, and others.

The show was nominated for multiple Emmys and Golden Globe awards for its first two seasons, and Porter won an Emmy in 2019 for Outstanding Lead Actor in a Drama Series.

“The show is really about a group of marginalized people saying, ‘I have a right to be here,’” Murphy has told Out.

"It feels affirming that President Joe Biden would stand behind trans youth when they're scared and being attacked," says #Pose writer and director Janet Mock. "The president did the right thing. He stood up for kids." https://t.co/VCagmuYOzJ pic.twitter.com/NZLu8SYKwb

"The biggest challenges for trans youth are really just being able to live and exist in a world that lets them be who they are without threat or violence," says #Pose's Janet Mock. "I hope that our show lets them know that they deserve to take up space." https://t.co/VCagmuYOzJ pic.twitter.com/xY9w2oxbjg

Janet Mock had a lot to say tonight at the Pose premiere. Not sure I have ever seen this before. I have seen the first two episodes but I believe I'm embargoed… pic.twitter.com/UP0lSSCTFa