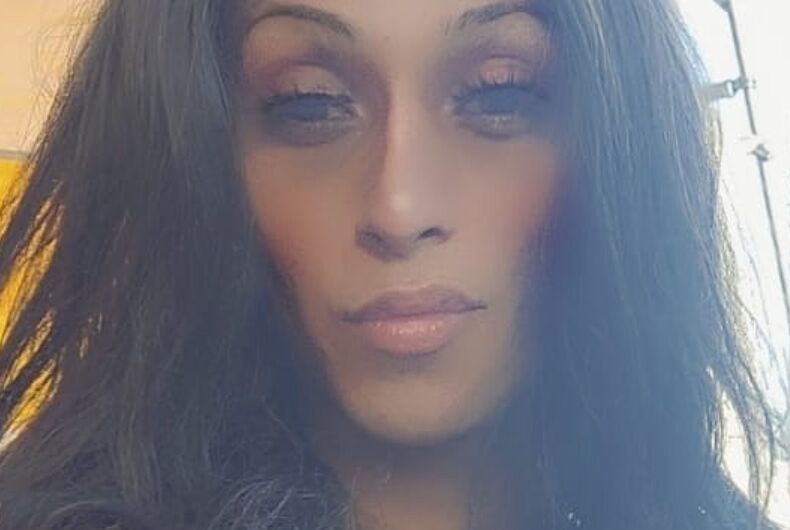 Rayanna Pardo, a 26-year-old transgender woman, was struck by a car and killed as she tried to escape a menacing group of people following her down the street.

The driver of the car was arrested and charged with driving under the influence of drugs or alcohol.

Security video shows Pardo running down the street as a group chases her. Her family said she faced repeated harassment by local thugs.

“Everybody should just love everybody,” Armando Rangel, Jr., her brother, said at a vigil to honor her life. “At the end of the day that’s all we have is one another.”

Dozens of family and community members gathered after Pardo’s death at the spot where she was hit to honor her life and grieve.

If her death is ruled a homicide, it will be the 12th known murder of a transgender person in the United States so far this year.

At the celebration of Rayanna Pardo's life with @TransLatina_C. We remember a beautiful life and grieve that it was cut short by patriarchal violence. #EndFemicide pic.twitter.com/8tn4sj2R4Q

Halsey changed their pronouns because it “feels most authentic to me”