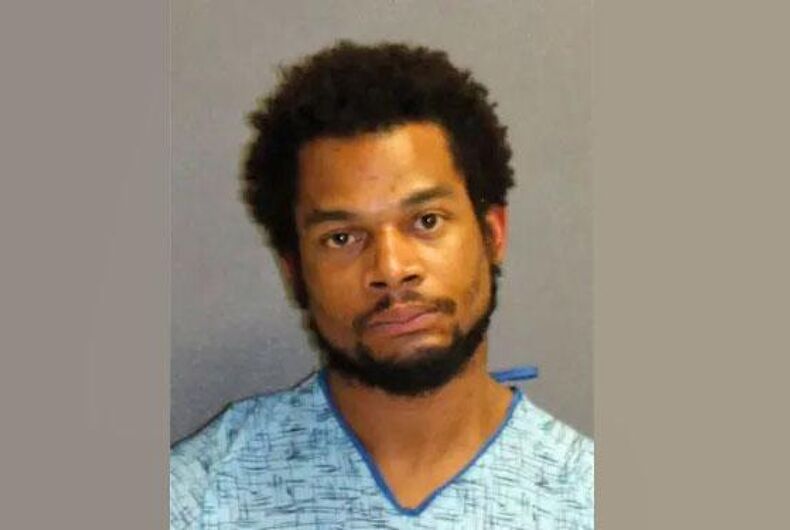 Damiek Jones has been arrested for allegedly cutting the power to a Florida gay couple’s home before stabbing one of the men repeatedly and hitting him with brass knuckles.

Jones reportedly knew the men and left behind a manifesto about how much he hated LGBTQ people.

Authorities allege that Jones wore a bandana and cut the power to the home to disable the couple’s security cameras. When one of the men went outside to investigate what happened, Jones hit him in the head. The victim was stabbed in the back of the leg multiple times with a chisel but recognized Jones after the face-covering came off during their fight.

Jones fled when the victim’s boyfriend rushed outside to assist his partner. He saw Jones throw the weapon and other items into a neighboring yard as he fled and police found the evidence at the scene.

A bandana, scarf, and hat were found with the weapon. A backpack containing drug paraphernalia, meth, pills, and Jones’s journal was nearby. It also included nunchucks.

Jones was arrested and charged with committing a second-degree misdemeanor with prejudice, aggravated battery with a deadly weapon, possession of methamphetamine, possession of drug paraphernalia, and possession of a Schedule IV substance.