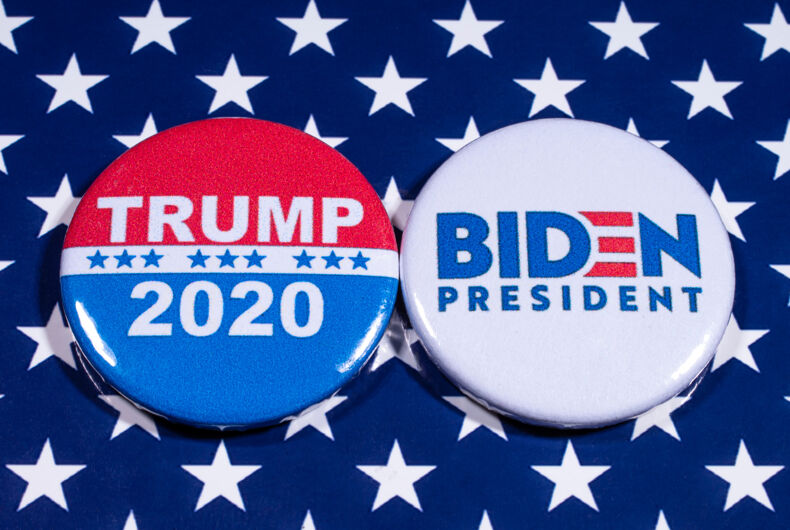 Campaign buttons for the 2020 electionPhoto: Shutterstock

Our democratic system allows individuals and organizations to endorse a presidential candidate.

In response to an unprecedented year, the 2020 election has also seen a number of first-time endorsements, most notably: Log Cabin Republicans endorsing the anti-gay Trump and Scientific American endorsing Biden.

With Biden exponentially leading in the number of endorsements versus those of the sitting president, it’s a hard fact to ignore that it’s time for a shift in executive power.

*Of the 53 Republican senators currently in Congress, only 39 have publicly confirmed their endorsements for Trump. Senators Lisa Murkowski (Alaska), Susan Collins (Maine), Ben Sasse (Nebraska), and John Cornyn (Texas) have recently expressed frustrations with Trump and his administration, but they have not yet made their endorsements known.

*On 10/21, Mitt Romney (Utah) confirmed that he voted against Trump this election.

After decades of progress, LGBTQ equality is under attack again. Let’s fix that.