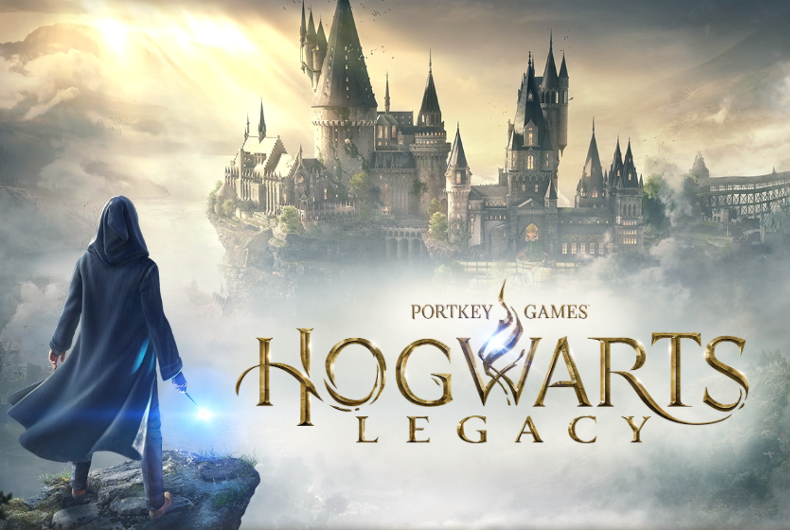 For over the last year, J.K. Rowling has consistently stayed in the news over comments denouncing transgender women. Known as the author of the Harry Potter and Fantastic Beast series, she has more recently gained headlines over her new fictional novel Troubled Blood, features a cross-dressing “transvestite serial killer” who targets cisgender women.

She also uses Twitter to promote her rhetoric and those who support it. She recently just invited followers to an online store that is selling “Gender Critical Activist Stickers” such as “trans ideology is misogynist” and “transwomen are men.”

That has put a lot of people associated with the writer – or the media created from her work – in the spotlight to either denounce or stand behind her. That now includes those at Warner Bros. (WB) Interactive, who are primed to release the video game Hogwarts Legacy in 2021.

The conceptualization of the latest Harry Potter video game began in 2017, when video game developer Avalanche Software was acquired by WB from Disney and created the label Portkey Games just for making new Harry Potter games. This will be the first console-based game they’ll release since. It is set in the 1800s, based on fictional experiences of a student at Hogwarts, the same school in the Harry Potter storyline.

LGBTQ activists, avid Harry Potter fans and even WB staff have expressed concerns over the universe’s latest release. WB Interactive President David Haddad had to address those concerns in a company Q&A session with employees this week. One of Haddad’s answers to a question related to Rowling’s comments was subsequently shared with reporters.

“While JK Rowling is the creator of Harry Potter, and we are bringing that to life with the power of Portkey… in many places, she’s a private citizen also,” Haddad purportedly said. “That means she’s entitled to express her personal opinion on social media.”

Haddad concluded, “I may not agree with her, and I might not agree with [her] stance on a range of topics, but I can agree that she has a right to hold her opinions.”

Haddad not taking issue with Rowling’s “opinion” has not satisfied most trans people, activists, and those who denounce her comments. Some are already pledging not to buy it, and some arguing the ‘tainted’ game shouldn’t even be released.

Later on, a question was reportedly asked about ensuring diversity and inclusion in the creation of the game. He noted that they are partnering with LGBTQ rights orgs. According to Bloomberg reporter Jason Schreier, he mentioned a conversation he had with the unnamed “director of trans media representation at GLAAD”, who is currently Nick Adams.

In an update to already-released FAQs – just added to the WB Games website this morning – the company stressed that “J.K. Rowling is not directly involved in the creation of the game” and that “this is not a new story from J.K. Rowling.”

They add, “however, her extraordinary body of writing is the foundation of all projects in the Wizarding World.” As she still owns the copyright to the publishing rights, she is appropriately credited on the game’s website. WB has not clarified if she will receive royalties from the game or not.

Hogwarts Legacy is expected sometime next year on multiple PlayStation, Xbox, and Microsoft platforms. It was previewed in promotional content ahead of the upcoming PlayStation 5 console.

Your #HogwartsLegacy is defined by the choices you make now. pic.twitter.com/EHMcATgnSr

Press A, Be Gay: LGBTQ representation in video games in the past 50 years

Gay couples swarmed the #ProudBoys hashtag on Twitter & it was glorious