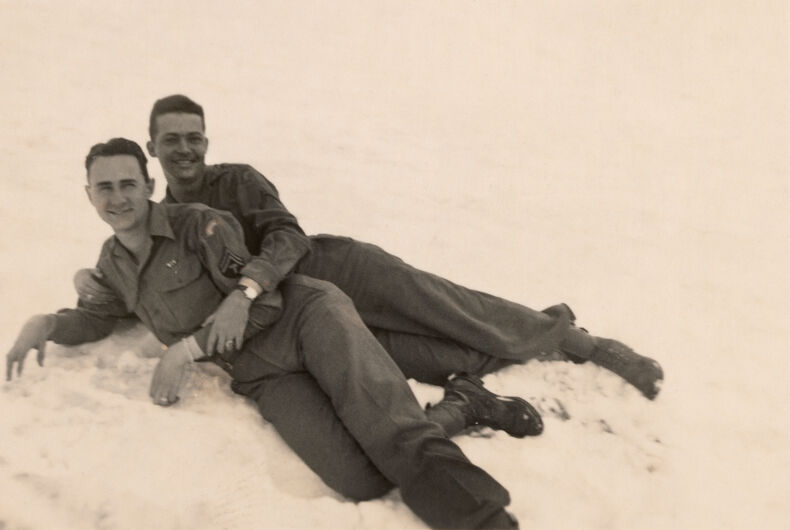 The only photo with a known backstoryPhoto: Courtesy of the Nini-Treadwell Collection

Note: “Kitzbuhel, Austria, May 1945, Pfc Dariel Burns, Johnny, in the snow up on the alps”

Hugh and Neal: This photo represents the only couple for whom we have secondhand knowledge of the relationship of these WWII soldiers. The soldier in the front is John W. Moore. His boyfriend’s name is Daniel. They, like us, are both from Texas.

Based solely on their expressions, we acquired five or six of the two of them together. They weren’t embracing or holding hands. Their poses were quite tame. But they had a look in their eyes that tells us that they are a couple. Months after acquiring the first five of them, this one appeared. And it confirmed our earlier prediction that they were a romantic couple.

Their story is almost unbelievable and covered extensively in the forward of our book.