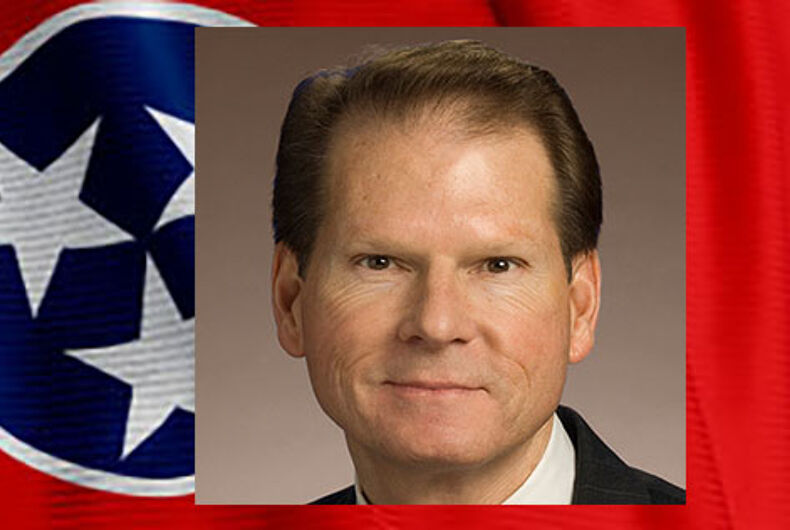 Tennessee state representative Joey Hensley (R) has been hauled in front of a medical review board over allegations the smalltown doctor was prescribing opioids for family members – including his second cousin.

She’s also the vociferously anti-LGBTQ politician’s nurse – and his lover.

Hensley wrote the state’s infamous “Don’t Say Gay bill” that would have banned teachers from discussing anything related to LGBTQ issues with students. The bill died without a vote.

The conservative senator’s plea for leniency admits that he prescribed the medication to relatives, but uses a novel defense. He’s the only doctor in the town, he says, and there’s a reason why he was treating his own family despite medical standards.

“There are not many people in the county who haven’t been to see Dr. Hensley, and she was one of them,” Steed said, adding a moment later, “Half of the county are Hensleys. Everyone there knows everyone. There were multiple relationships and the physician-patient relationship was only one and somewhat incidental to the others.”

The doctor’s penchant for painkiller prescriptions came to light when the nurse left her husband for Hensley. The divorce proceedings revealed the would-be family values champion’s misdeeds.

In all, ethics investigators say he wrote the woman at least 47 prescriptions. Only some of them were noted in her medical records.

The charges aren’t criminal but could result in the loss of his license to practice medicine.