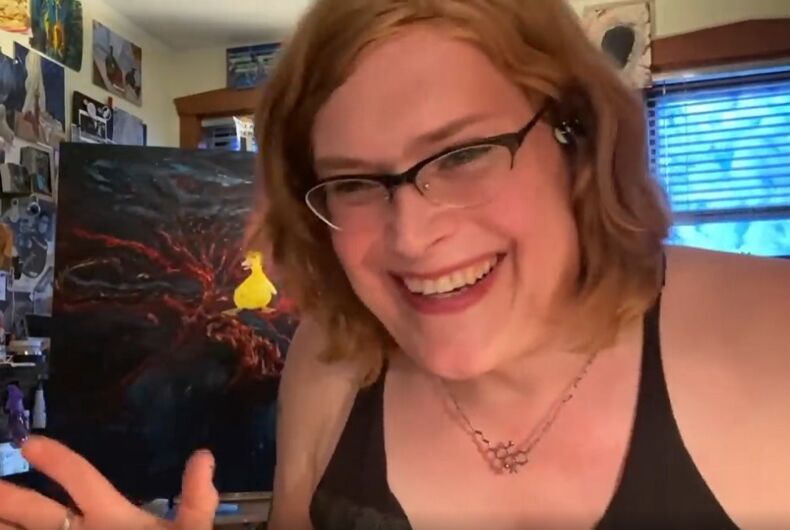 One of the creators of the 1999 film The Matrix has confirmed that the film is a transgender story that “the corporate world… wasn’t ready for.”

Lilly and Lana Wachowski wrote and directed the Academy Award-winning film, and in the years since its release both of them transitioned. The movie has come to be seen as a transgender allegory, with fans pointing out that the main character experiences a dysphoria with his world, realizes his true identity, takes on a new name, changes his physical body….

And there’s also the famous “red pill,” long theorized to be a reference to some estrogen pills in the 90s, which were red.

Twenty years after the film’s release, co-creator Lilly Wachowski talked about it in a video for the Netflix Film Club channel on YouTube.

“I’m glad that it’s gotten out that [the transgender allegory] was the original intention,” Wachowski said.

She said that The Matrix “was all about the desire for transformation, but it was all coming from a closeted point of view.”

She confirmed that the character of Switch was originally “a man in the real world and then a woman in the matrix,” something that was changed when making the film.

“That’s where our head spaces were,” she said.

Wachowski added that she and her sister didn’t really have the language to articulate their identities when they were making the film, but that being transgender drew them to science fiction so that they “were always living in a world of imagination.”

#beautifullybisexual is trending on Twitter & the tweets are, well… beautiful