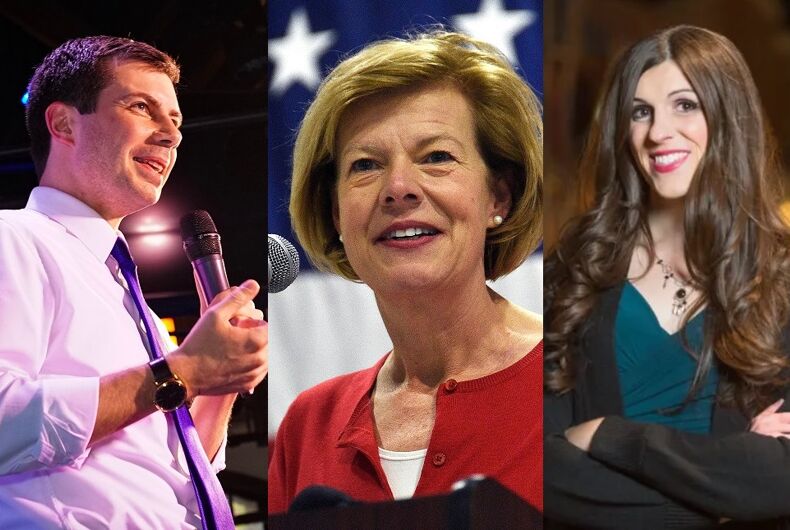 The 2020 Democratic National Convention – a four day event where the Democratic Party formally nominates its presidential and vice presidential candidates and major Democrats speak about the party’s future – starts next Monday in Milwaukee.

Related: In 1972, gay people spoke at the Democratic National Convention for the first time

From Monday, August 17 to Thursday, August 20, caucuses will meet during the day and speakers will address the party in the evening.

Baldwin is scheduled to speak on Thursday night. In 2012, she became the first out LGBTQ person elected to the U.S. Senate and the first woman Wisconsin has sent to the Senate.

On the same night, Buttigieg will address the crowd. Last year he made history when he announced his presidential campaign alongside his husband. He went on to become the first LGBTQ person to win a state in a Democratic presidential primary in Iowa.

Biden will speak on Thursday after Baldwin, Buttigieg, and several other Democratic politicians speak. Sen. Kamala Harris (D-CA) will speak on the preceding Wednesday along with former President Barack Obama.

Roem reportedly will have a role in the convention, but that exact nature of that role hasn’t been made public, according to the Washington Blade. She is the first transgender person to serve in a state legislature.

And the person in charge of the day-to-day operations of the convention is the CEO of the 2020 Democratic National Convention, Joe Solmonese.

Solmonese is the former CEO of the women’s reproductive rights organization EMILY’s List and he was the president of the Human Rights Campaign, the largest LGBTQ organization in the U.S., from 2005 to 2012.

The Convention was originally scheduled for July, but it was moved to August and the speaking list was downsized due to the coronavirus pandemic.