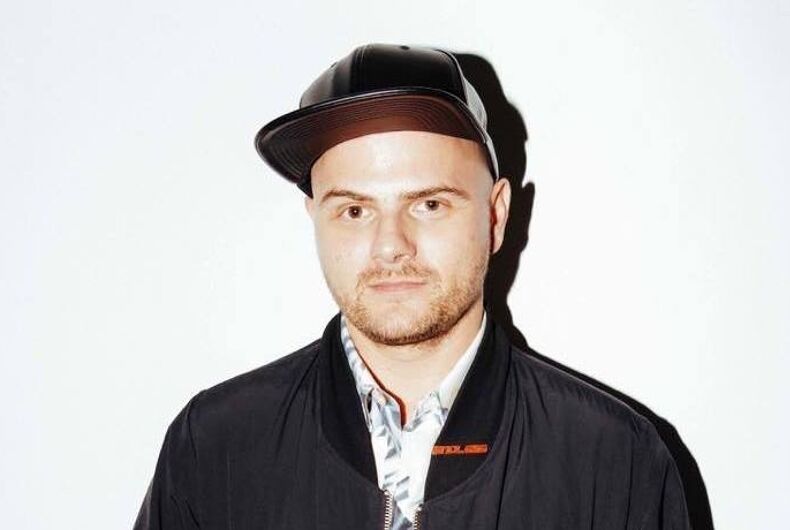 Bradford Nordeen, a gay man flying from St. Louis to Los Angeles, says he was removed from his Southwest Airlines flight because he was too protected against coronavirus. Nordeen wore both a mask and a face visor for his flight, he said in a statement emailed to LGBTQ Nation, but a flight attendant felt “uncomfortable” with the visor.

When he pointed out that he was allowed to wear the visor according to the airline’s protocols, he was removed from the flight and met by armed officers. He says the airline later admitted they’d given him “poor customer service” and put him on the next flight wearing the visor.

“I was met by 5 police officers when the tinted face shield ‘scared’ a local, St Louis crew member,” Nordeen wrote on Facebook along with a video he also posted to other social media sites. “I apologized and removed the covering but the message from the captain claimed that they were not safe to fly with my face covering.

“They put my health at jeopardy and are promoting inconsistent and unsafe information on their flight protocol.”

“Southwest’s response was that I ultimately arrived at my destination so the best they could do was offer me a $100 Love voucher,” he posted in a later update.

Southwest passenger coronavirus policies specifically say that “because many people with COVID-19 may be asymptomatic, Southwest Airlines requires all travelers wear a face covering over their nose and mouth, unless an exemption applies.”

Nordeen said he had “exhibited no objectionable behavior before being brought to the front of the plane during a full flight to have my visor addressed.”

“I was told that the mask made a flight attendant ‘uncomfortable’ and that I could not continue to be a passenger unless I removed it. I argued, saying that I was following protocol of how to best fly safely – particularly as I was visiting my 71-year-old mother and did not want to bring the virus home,” Nordeen told LGBTQ Nation.

“The only objectionable thing that I did, and this was after being harassed for a few minutes by the crew about removing my visor, was to say to the crew with whom I was speaking, ‘shame on you.’ I spoke those same words to the female flight attendant at the front of the plane who watched the whole interaction take place.”

“Of course, this was a mistake,” he admitted. “But as bullying works, I was made upset by being singled out as disruptive and paraded to the front of the plane, because I was wearing an additional facial cover. I was calm and collected and explained my desire to wear the visor in accordance with several safety articles I had read online.”

“When it became clear that I would not be able to fly unless I did so in this compromised way I removed the visor and said to two separate attendants ‘Shame on you,’ then returned to my seat. A statement which I later apologized for to no avail. At this point I was forcibly removed from the flight, where 5 security or police officers with guns and handcuffs were waiting for me on the bridge.”

“I was escorted to the ticketing counter by the police officers, where my travel was rebooked for the next connecting flight,” he said. “As a courtesy for ‘poor customer service’ I was offered a $100 ‘Love Voucher,’ though the attendants at the ticketing desk did express surprise and sympathy over the deplaning offense. I have spoken with two representatives from Southwest since and they have expressed that no further apology is necessary, beyond that of poor customer service, which was rectified through their voucher.”

He says a $100 coupon off a future flight isn’t nearly enough for the humiliation of being tossed off a plane as everyone watched.

“A voucher is not money or a reparation. A voucher is an assurance of future patronage. I asked for my flight to be reimbursed – at the very least – and for an apology. They offered that the voucher was an apology.”

A request for comment sent to the airline was not returned.

UPDATE: Southwest's response was that I ultimately arrived at my destination so the best they could do was offer me a $100 Love voucher.PLEASE SHARE I was just forcibly removed from a Southwest Airlines flight for using a visor face covering. I was met by 5 police officers when the tinted face shield “scared” a local, St Louis crew member. I apologized and removed the covering but the message from the captain claimed that they were not safe to fly with my face covering. They put my health at jeopardy and are promoting inconsistent and unsafe information on their flight protocol. #boycottSouthwestair #covid19 #covid #caronavirus #healthrisk