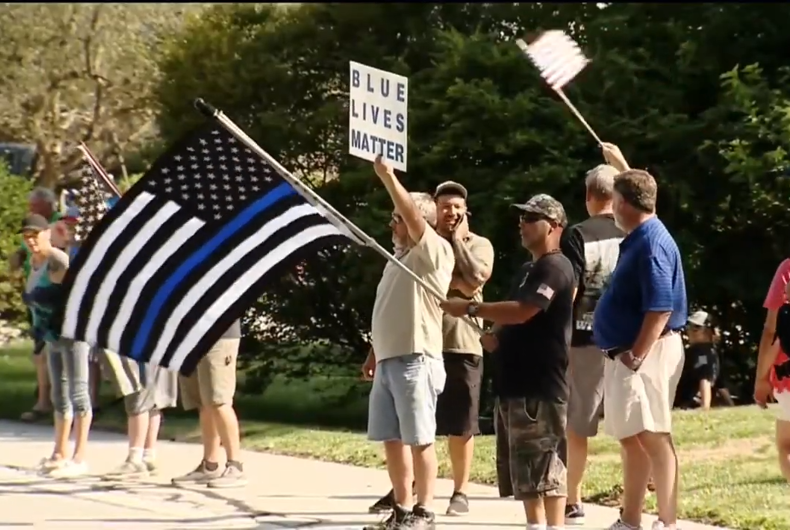 A rally in favor of police violence turned even uglier when one “Back the Blue” supporter started a new chant on the edge of a Black Lives Matter protest.

Shaler Township, Pennsylvania residents gathered to oppose the systemic violence aimed at Black people by authorities, spurring a motley group of Trump supporters to gather “to support the police.” And it wasn’t long before one of the rightwing extremists started yelling “Kill transgenders!”

Related: Here are the 10 best Trump memes according to our fans

The unidentified man was caught on video shouting the phrase repeatedly outside of Shaler Middle School, where about 100 people had gathered in support of Black Lives Matter. While some of his cohorts joined in the chant, most people – on both sides – looked on in shock.

The two sides “clashed only in words,” according to the local CBS affiliate.