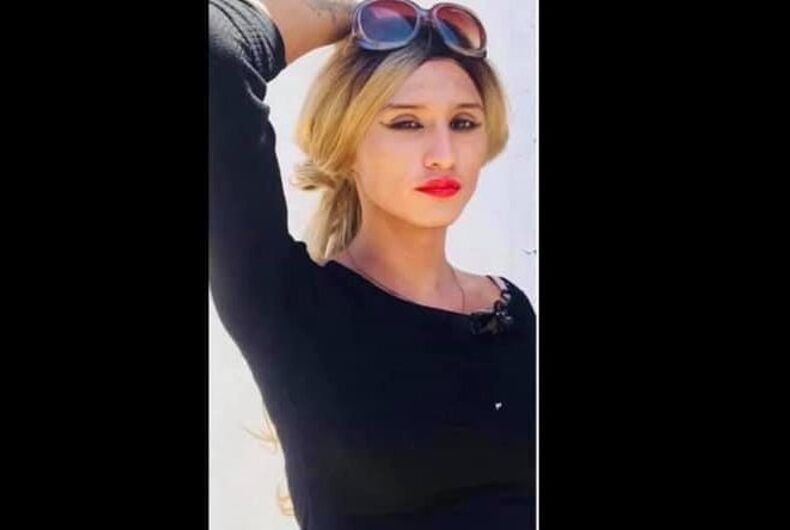 On July 13, Marilyn Cazares was found dead in an abandoned home set ablaze in Brawley, California. She is the twenty-third known transgender person murdered or violently killed in 2020. This is already close to the total number of known murdered trans people from all of 2019, which was 27.

While an exact cause of death hasn’t been released, it is believed that Marilyn was living in the building where she was found. Police are investigating the death as a homicide. A march is being organized by her family for August 1, from in front of the building to the Brawley Police Department, “demanding justice for” Marilyn “and protesting against transphobia.”

Related: Trans woman killed by cruel teen who returned to scene of crime to shoot her dead body again

She was known to her family and friends as Marilyn “Monroe” Cazares, although some reports refer to her with her deadname and incorrect pronouns.

While Cazares’ family initially called Marilyn by her birth name in interviews and their fundraiser for her funeral, members have also said that she identified as a trans woman and was transitioning. They have since affirmed her identity and vowed to refer to her by her preferred name and pronouns.

While she said she’ll “wait” for the detectives on the case to “do their job,” Cazares’ aunt Mindy Garcia told the dual NBC & CBS affiliate KYMA that Marilyn “was killed in a horrific way, in a very brutal, hateful, hateful way.”

With this coinciding with nearby San Diego’s Pride Week, many organizations in the Southern California area are on high alert. The Imperial Valley LGBT Resource Center wrote that a “toxic mix of transphobia and misogyny… happens in cities as well as rural communities.” The San Diego Black LGBTQ Coalition asked people to “remember her and the countless trans and non binary folks we have lost, especially the disproportionate number of trans women lost and particularly trans women of color lost.”

The coalition is sad to report the senseless murder of another transgender woman, Marilyn Monroe Cazares. She was found…

Marilyn, who was 22 years old and would have been 23 this month, was described as “beautiful,” “well-known,” and “very loved,” and her death is a “devastating loss for the community.” Growing up the middle of three children, Cazares was raised by her grandmother in nearby Westmorland. She was an admirer of Marilyn Monroe, Nicki Minaj, and Cardi B.

Marilyn was known among those knowledgeable of the Brawley homeless and street communities, and she frequented the Brawley Feed the Need office, manager Mary Ann Isaac said.

Marilyn “didn’t deserve this… not at all,” Isaac tearfully said, calling her the “life of the party.”

Another of her aunts, Sonia Casteñeda, said that Marilyn had a tough childhood but “[she] found [her] true self” on the street.

“[She] had a home, but [she] wanted to be on the street, if you can understand that,” Casteñeda said.

A makeshift memorial was created outside of the building where she was found.

Brawley Police Commander Brett Houser told The Desert Review that they “haven’t established motive or anything of that nature yet.” Anyone with further information is asked to contact Detective Sgt. Jesse Rotner at 760-351-7777.

Editor’s Note: This article has been updated to reflect the changed date of the family’s organized march in honor of Marilyn, as well as their affirmation of Marilyn’s identity as a trans woman and use of she/her pronouns.

J.K. Rowling’s book sales slow as she spirals into transphobia