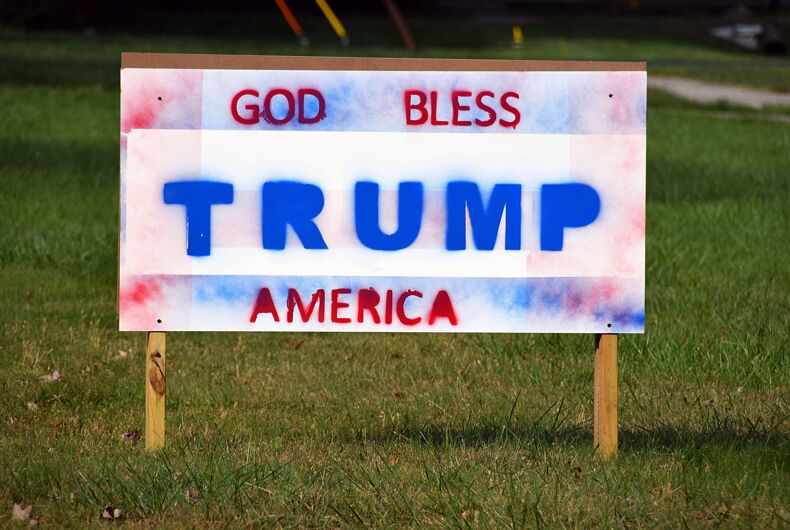 Pope Gregory I, in 590 C.E. released a list of the Seven Deadly Sins – lust, gluttony, greed, sloth, wrath, envy, and pride – to keep Catholics from straying off the path toward God.

An Anglican priest, Frederick Lewis Donaldson, first uttered what he referred to as “7 Deadly Social Evils” in a sermon delivered in Westminster Abbey on March 20, 1925.

Mohandas Karamchand Gandhi renamed this as the “7 Social Sins” and popularized the list for a modern audience in his weekly newspaper Young India on October 22, 1925.

Gandhi published the “7 Social Sins” without commentary except that it was given to him by “a fair friend” and this line:

“Naturally, the friend does not want the readers to know these things merely through the intellect but to know them through the heart so as to avoid them.”

Unlike the Catholic Church’s list, which was meant as a compact between Christians and their God, Gandhi’s intent in promoting the list focused on the conduct of the individual within society. Gandhi who preached and practiced non-violence and the interdependence of every individual warned that these “7 Social Sins” give examples of selfishness, egoism, and greed winning over the common good.

Gandhi presented the list on a slip of paper to his fifth grandson, Arun Gandhi, in 1947 saying that it contained “the seven blunders that human society commits, and that causes all the violence.” That was the last day grandfather and grandson would ever meet. Three months later, an assassin murdered Mohandas Gandhi.

The foundations of the theory of a social contract stand on the premise that people live together in a community with the agreement that establishes moral, ethical, and overarching political rules of behavior between individuals, groups, and their government in the formation of civil society. A violation by any of the signatories – individuals, groups, governments – jeopardizes the very stability of that progress toward a fully civil society.

Within our current Trumpian age, with all the problems and inequities that abound, these “7 Social Sins” in the Gandhian sense can help to assist us in the ways we descended to this level of social dystopia and how to rise from it.

Politics rests on issues of power regarding having control over one’s life and influencing others. People and groups holding power in influencing others must follow the axiom that bioethicists and healthcare workers follow: Primum non nocere (First, do no harm).

Mohandas Gandhi believed that politics without truths and values as the basis for actions generates chaos, which ultimately leads to violence. He defined principle as “the expression of perfection, and as imperfect beings like us cannot practice perfection, we devise every moment limits of its compromise in practice.”

Gandhi wrote, “An unjust law is itself a species of violence.” However, he did not believe that violence against unjust laws or actions of the state justifies violence, saying, “I object to violence because when it appears to do good, the good is only temporary; the evil it does is permanent.”

“Wealth without Work” describes many people and families in U.S.-America’s top economic 1%. And no, Gandhi would not have considered “investments” as work.

There is nothing intrinsically sinful with inheriting great sums of wealth. Do we, though, as individuals within society have certain responsibilities that come with privilege, unearned as well as earned?

Several extraordinarily privileged individuals and families throughout the generations have signed the “social contract” by giving of themselves and their material wealth to improve the chances and conditions of people in the world community.

We must ask, however, how much wealth is enough? How much is not enough? In other words, how much is too much when so many have so little?

Pope Francis answered that question in his Evangelii Gaudium:

“[S]ome people continue to defend trickle-down theories which assume that economic growth, encouraged by a free market, will inevitably succeed in bringing about greater justice and inclusiveness in the world. This opinion, which has never been confirmed by the facts, expresses a crude and naive trust in the goodness of those wielding economic power and in the sacra­lized workings of the prevailing economic system.”

Researchers have charted cultures as falling along a continuum with several variables, including Individualism versus Collectivism: the degree of support for and emphasis on individual goals versus common or collective goals. Most of these same researchers place the U.S. and many other Western nations on the “Individual” side of the continuum

Author Ayn Rand contradicts most if not all of Gandhi’s 7 warnings. She has become the intellectual center for the economic/political/social philosophy of Libertarianism. She constructs a bifurcated world of one-dimensional characters in her novels.

On one side, she presents the self-reliant heroes of industry and banking who wage a noble battle for personal and economic freedom within an unregulated “free market” capitalist system.

On the other side, she portrays corrupt government bureaucrats who manipulate the economy to justify nationalizing the means of economic production and deliver welfare to the lazy, thereby destroying personal incentive.

Rand bristles against some long-held notions of collectivism. Rather, she argues that individuals are not and should not be their brothers and sisters keepers and personal happiness is paramount. She titled one of her non-fiction books, The Virtue of Selfishness.

“Scientia potentia est” (or “scientia est potentia” or also “scientia potestas est“), a Latin aphorism, meaning “knowledge is power” is commonly attributed to Sir Francis Bacon, though no known occurrence has been found in his English or Latin writings.

How one uses this power of knowledge often depends on the character (the underlying values and beliefs) of individuals and groups.

The organization, Character Counts, enumerates its “6 Pillars of Character,” as “core ethical values that transcend cultural, religious and socioeconomic differences.” These Pillars are: Trustworthiness, Respect, Responsibility, Fairness, Caring and Citizenship.

Breaking any of these essential pillars seriously jeopardizes the stability of the entire structure, whether that be the family, the group, the culture, the nation, or the world.

Think about the political leaders who contrived justifications to wage war to benefit their own pollical ends (the so-called “wag the dog” syndrome).

Think of the political leaders who failed to take action, again for their own political ends, on intelligence reports that foreign or domestic actors posed security risks to their nation.

Think of the political leaders who failed to mount a reasonable and sustained defensive strategy to limit and ultimately defeat deadly pandemics, and the enablers and colluders (politicians and media outlets) who refused to speak up and speak out.

Morality includes the values and behaviors of right and wrong, good and bad, and the beliefs and actions on the continuum between the poles.

In our “information age,” technology has improved the lives of many people in significant ways while connecting the human family as never before on a global scale. Although the possibilities are only limited by our imagination, so too are the dangers for abuse of these technologies by individuals, companies, and nations.

Computer abuse is a form of cyberwarfare, which is the waging of war in cyberspace through the use of electronic means. Individuals, companies, and nations have and continue to sell their snake oil products to unsuspecting and vulnerable populations to embezzle what people have taken a lifetime to accumulate.

Let us look at an example of the notion of “science without humanity” in the case of “race.”

Looking back to the historical emergence of the concept of “race,” critical race theorists remind us that this concept arose concurrently with the advent of European exploration as a justification and rationale for conquest and domination of the globe beginning in the 15th century of the Common Era (CE) and reaching its apex in the early 20th century CE.

Meanwhile, geneticists tell us there is often more variability within a given so-called “race” of humans than between human “races,” and that there are no essential genetic markers linked specifically to “race.” They assert, therefore, that “race” is socially constructed — a historical, “scientific,” and biological myth. Thus, any of these socially conceived physical “racial” markers are fictional and are not related with what is beyond or below the surface of the body.

Though biologists and social scientists have proven unequivocally that the concept of “race” is socially constructed, however, that has not negated the effects (the privileges of some and marginalization and violence against others) on the lives of people.

Now let us briefly take the example of the social construction of sexual orientation.

The first Diagnostic & Statistical Manual of Mental Disorders (DSM-I) (the APA-sponsored and endorsed handbook of mental disorders) published in 1952 listed homosexuality, for example, as a form of sociopathology. The “updated” 1968 DSM-II described homosexuality as an “Ego-Dystonic Disorder,” a mental illness in a similar category with schizophrenia and manic-depressive disorder.

By 1973, the American Psychiatric Association had finally changed its designation of homosexuality, now asserting that it does not constitute a disorder: “[H]omosexuality per se implies no impairment in judgment, stability, reliability, or general social or vocational capabilities.”

The American Psychiatric Association published DSM-III in 1980 listing a diagnosis of “gender identity disorder,” which the manual imposed upon transgender people. However, the diagnosis has been updated in its DSM-V, published in May 2013. The subcommittee considered its change to “gender dysphoria” as a more neutral designation, which it views as descriptive rather than diagnostic and pathologizing.

Basically, in the case of the APA, a group of people, primarily men, met together and voted on whether people attracted to their own sex and people who expressed gender diversity would be considered “sick” or “well.”

How many people attend their houses of worship on designated occasions without following its basic precepts? How many people talk the talk of their spiritual values, whether within or without an organized religious tradition, without walking the walk?

One cannot truly help to improve the world, to help solve inequitable social, political, and economic conditions without some form of sacrifice, whether that be time and energy, economic resources, and/or truly working to disassemble one’s own issues of arrogance, pride, and prejudice.

In the context of violence, to Gandhi, one is blessed with the capacity of nonviolence. During physical violence, Gandhi extolled the practice of nonviolence (ahimsa). With nonviolence amid violence (passive and physical) one needs to understand and practice the notion of tapasya (the willingness to self-sacrifice). This self-sacrifice, as Gandhi himself modeled, comes in many forms.

The “7 Social Sins” serve as a warning for the causes of many of the problems, the inequities, and flaws in our communities, nations, and world. They also can be taken as a menu of sorts for transforming and liberating individuals and nations in getting onto a path of repair.

There is a concept in the Jewish tradition known as Tikkun Olam — meaning the transformation, healing, and repairing of the world so that it becomes a more just, peaceful, nurturing, and perfect place.

Let us go out into our lives and practice Tikkun Olam and obliterate the “7 Social Sins.” Let us transform and liberate our world.